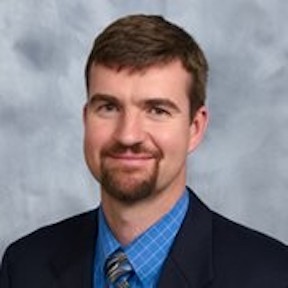 After a two-day search, a missing hiker and Santa Barbara County employee was found alive on Tuesday in a remote area near the planned endpoint of his hike.

Wesley Welch, 46, is a business manager and fiscal and policy analyst who works for the Santa Barbara County Executive Office, according to the county’s website. Heat exhaustion and dehydration appear to have factored into his disappearance on a hike that was seen as ambitious given the distance, time frame and temperatures.

On Friday morning, Welch set out along with his dog Davie on a 40-mile hike in the Sisquoc Canyon area of Santa Barbara County. Welch was attempting to complete the Lower Sisquoc Loop in three days and two nights. He planned to hike the loop clockwise and spend two nights at the Mormon and White Ledge camps.

By Sunday evening, a family member had not heard from Welch and notified the Santa Barbara County Sheriff’s Office that he was late on returning home. Welch had provided the relative his planned route and expected time of return before his departure.

The Sheriff’s Search and Rescue Team began searching for Welch and found his vehicle at the Manzana Trailhead shortly after midnight. The search resumed at 5 a.m. on Monday.

Search and Rescue Team members combed the area with help from several patrol deputies, some of whom were on ATVs, and a helicopter. Authorities searched for Welch throughout the day and then suspended the search because of darkness.

But, a helicopter transported search teams into the wilderness, where they spent the night and resumed their mission at sunrise on Tuesday. Sheriff’s officials also requested help from other agencies and additional helicopters, including one with night vision.

Upon sunrise on Tuesday, officials deployed search teams at several points along the trail. Helicopters needed to transport several of the teams because of the remote and extreme terrain.

Later in the morning, search teams found a trail register Welch had signed. The register was located about two thirds of the way from the start of Welch’s hike, and it greatly reduced the primary search area.

At about 11:20 a.m., one of the teams located Welch in a remote area known as Fish Camp. Welch showed signs of dehydration and heat exhaustion, while the dog was in good health, according to the sheriff’s office.

A helicopter airlifted Welch to Santa Barbara Cottage Hospital. Davie, the dog, walked out of the area with the search team.

Welch completed 38 miles of his 40-mile hike. Sheriff’s officials say excessive heat may have been a contributing factor in his disappearance.