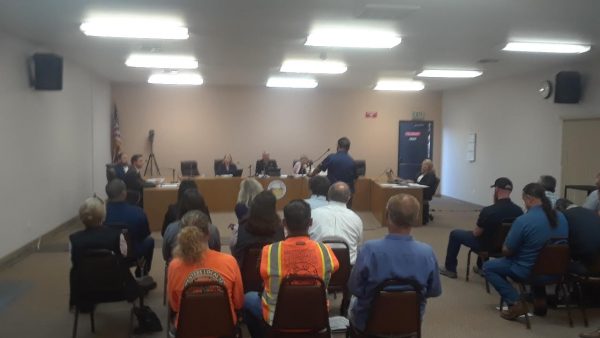 A controversial project labor agreement for the construction of a redundancy project at the South San Luis Obispo County Sanitation District appears to be dead in the water after union representatives stopped responding to district staff. A disagreement that might have been spurred by the board’s decision to remove construction management from the agreement.

As of Friday, the district had not received a response from Tri-Counties Building and Trades Council Executive Secretary Tony Skinner. As a result, sanitation district staff is asking the board to consider canceling the agreement at its Aug. 7 meeting, according to the agenda packet.

On July 18, the sanitation district board voted 2-1 to require the use of local union approved workers to construct an estimated $28 million redundancy project. Lee and Ray-Russom voted in favor of the project labor agreement after receiving significant contributions from labor unions and building trade advocates.

The sanitation district’s costs for negotiating and constructing the agreement is approximately $38,800, according to a staff report. The project engineers estimate the decision to pursue the agreement may have also cost the project $55,000 per month over the last three to four months.

With an approximate $250,000 spent pursuing a project labor agreement, the project could now top $29 million. The sanitation district plans to put the project out to bid in October.