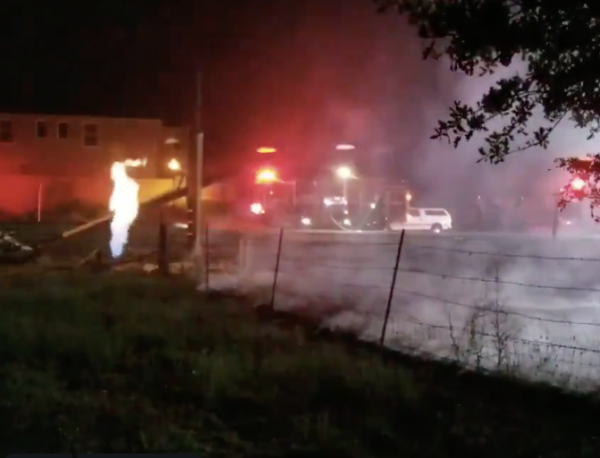 A vehicle slammed into a power pole early Monday morning in Atascadero, causing hundreds of residents to lose electricity and likewise resulting in the rupture of a gas line and a small fire.

At about 1:30 a.m., a driver went off the road and crashed into a power pole near El Camino Real and Santa Barbara Road. Firefighters arrived at the scene and extinguished the blaze.

It is unclear to what extent gas leaked from the ruptured line. Fire officials say the driver, who was the single occupant of the vehicle, emerged from the crash uninjured.

Hundreds of customers remained without electricity following the crash, though power is expected to be fully restored later Monday morning.