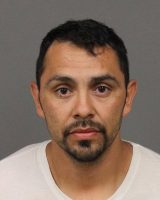 A Yuba City man who allegedly drove an off-road vehicle while under the influence of alcohol and went airborne, striking and killing another rider at the Oceano Dunes in June, has dodged a DUI charge, though he is facing a count of vehicular manslaughter. [Tribune]

San Luis Obispo County prosecutors charged Oscar Renteria Corchado, 35, on Friday with a single count of vehicular manslaughter with gross negligence for allegedly causing the fatal crash, which resulted in one of the six deaths at the Oceano Dunes this year. But, prosecutors opted not to charge Corchado with driving under the influence of alcohol, even though he was arrested for that offense following the collision.

On June 22, Corchado, was driving a recreational off-road vehicle in an area of the park known as Sand Highway 12, which is located on an approximately 35-foot dune. Corchado was traveling northbound at a speed of about 20 to 30 mph, heading up the face of the dune.

Corchado’s vehicle went airborne at the top of the dune and struck the helmet of Shawn Josef Imlig, 37, according to state parks. Imlig was pronounced dead at the scene.

At the time of the crash, Imlig was traveling southbound in an ATV at speeds of about 10 to 15 mph. Imlig’s ATV was heading toward the dune slip-face, an area where the angle drops steeply and slopes downward.

Kevin Pearce, the interim superintendent of the Oceano Dunes district of state parks, said SLO County sheriff’s deputies spoke with three eyewitnesses who said Corchado drove his vehicle up the face of the dune at a high speed and launched over the crest, striking Imlig.

State park rangers arrested Corchado for DUI causing injury and vehicular manslaughter. The rangers who investigated the crash said the primary collision factors were alcohol use and unsafe speeds.

Assistant District Attorney Eric Dobroth said field sobriety tests showed Corchado had alcohol in his system, but his BAC was below the legal limit of .08 percent. Dobroth did not say what Corchado’s blood alcohol content level was. Rather, the assistant DA said prosecutors cannot prove beyond a reasonable doubt Corchado was driving under the influence.

Corchado posted $100,000 bail and was released from the SLO County Jail on June 25. He has already appeared in court for multiple arraignment hearings.