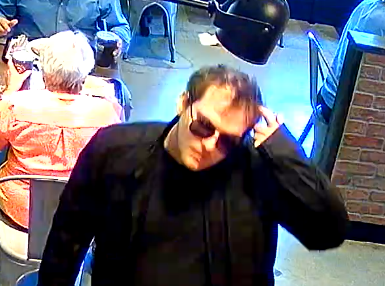 The San Luis Obispo Police Department referred its investigation into the man who found the chief’s gun in a bathroom to the District Attorney’s Office for consideration of charges on Monday.

Police are asking prosecutors to consider charging Skeeter Mangan of Los Osos with grand theft of a firearm, possession of stolen property and carrying a loaded firearm in public.  Prosecutors have not yet taken a position on the request, according tp District Attorney Dan Dow.

“The District Attorney’s Office is obligated under law to review this investigation, and all of the evidence contained in the investigation, in order to make a determination of whether a crime was committed and whether there is sufficient evidence to prove the crime, and if so, whether it would be in the interest of justice to pursue charges,” Dow said in an email.

At about noon on July 10, Chief Deanna Cantrell left her pistol in the bathroom of an El Pollo Loco restaurant. A short time later, Mangan walked into the bathroom and discovered the loaded and unattended firearm on top of a toilet paper dispenser.

Mangan put the gun in his pocket, left the restaurant, rode his moped scooter home, and put the firearm in a dresser drawer.

After spotting Mangan on the news on July 11, as the person suspected of having the chief’s gun, Mangan’s brother-in-law, Sean Greenwood, drove to Los Osos to ask Mangan about the firearm.

“My dear brother-in-law not only found a loaded and chambered Glock (a pistol with only one safety, on the trigger) in a public restroom, he removed it moments before a 10-year-old boy entered the room,” Greenwood said. “I asked my brother-in-law about what had happened, he explained to me he didn’t know what to do with the gun so he placed it in a drawer and contemplated how to find the owner.”

Greenwood then called the SLO Police Department and spoke with a dispatcher who sent officers to Los Osos to collect the firearm. The officers thanked Greenwood and Mangan, and said they did not plan to charge Mangan based on Penal Code 485, Greenwood said.

It was only after reading a Tribune article that claimed Greenwood turned his brother-in-law in, that Mangan’s family discovered the police department had asked the SLO County District Attorney’s Office to consider charging Mangan with possession of a stolen firearm.

“Little did Skeeter know, he would be ridiculed and labeled by media and some, to me, quite broken souls commenting about his appearance. When really, if you stop and think about it, he quite possibly saved a child’s life by removing the firearm,” Greenwood said.