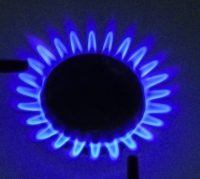 The San Luis Obispo City Council is considering adopting an ordinance that would amend the building code to ban the fitting of new residential and commercial buildings with natural gas-powered appliances.

SLO’s proposed building code amendments are part of a city initiative to become carbon-neutral by 2035. The city cites the California Energy Commission in identifying electrification as the lowest risk pathway to decarbonization.

City staff also claim it is cheaper to construct new buildings and to operate them if they contain electric-powered appliances. Likewise, staffers say the carbon-free buildings would be healthier and safer for occupants.

But, critics say use of natural gas appliances generates cheaper utility bills and forced electrification would raise the cost of living in SLO.

On behalf of the Central Coast Taxpayers Association, attorney Charles Bell sent a letter to the SLO City Council urging it to reject the proposed ordinance. Bell’s letter states the ordinance would lead to the elimination of the use of natural gas for heating in both residential and non-residential commercial buildings, as well as apartments and hotels.

“This amendment is not required by state law, has not been evaluated in terms of its cost impact on already-impacted new housing construction or on remodeled construction, and is very likely to increase the cost of housing which the city acknowledges has become unaffordable to local families and workers. Neither the efficacy nor the energy consumption impacts of the proposal has been evaluated,” according to the letter. “The proposal appears to be another attempt by the city of San Luis Obispo to ‘burnish’ its extreme environmental credentials at the expense of residents and taxpayers.”

If approved, the ordinance is expected to take effect in 2020.