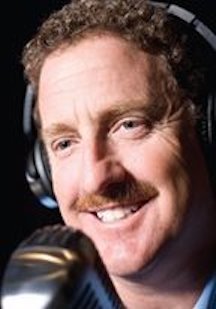 Central Coast radio host and executive director of the Coalition for Labor, Agriculture and Business (COLAB), Andy Caldwell, has announced he will challenge incumbent Rep. Salud Carbajal for the District 24 congressional seat.

Caldwell, a government watchdog, said his top priority as a member of Congress would be to serve the country and his constituents, while putting politics aside.

Other priorities Caldwell listed include addressing poverty and joblessness by tackling overwrought government rules, regulations and taxes; managing habitat and maximizing flood control capacity; stopping “Medicare for all” in order to save Social Security and Medicare; securing the border while creating a robust guest worker program; reforming the Endangered Species Act; and defending the country against the Green New Deal.

Caldwell referred to Carbajal as a lifelong bureaucrat and career politician who has co-sponsored the Green New Deal, undermined border security and subverted the Constitution by pursuing impeachment proceedings against President Donald Trump.

Caldwell has served as a government watchdog, taxpayer and business advocate and defender of the Constitution and traditional values since 1991. Caldwell noted he has never had personal political ambitions, but he is driven to run for office by the need for a strong candidate to challenge Carbajal, whom he accuses of going along with a “socialist takeover of the Democratic Party.”

“Whereas I have never had any personal political ambitions, I am, nevertheless, going to answer that call!” Caldwell said in the email. “I am both afraid and deeply concerned at the direction our country is taking, thanks to the socialist takeover of the Democratic Party that I was once a member of!”

In his announcement, Caldwell also accuses Carbajal of wholeheartedly supporting the Democratic Party’s shift to the extreme left.

“Over the course of the past two years, on Salud Carbajal’s watch, we have witnessed a remarkably dramatic and rapidly escalating shift in the Democratic Party away from America loving to America shaming. Away from capitalism towards socialism, replete with profligate spending proposals that will bankrupt this country fiscally for sure, yet equally troubling, it will bankrupt our foundations by removing any incentive for independence, replacing it with government dependence.”

Moderates, independents and conservatives are interested in developing new priorities for the country and the Central Coast, Caldwell said. As focus has been placed on partisan bickering and gridlock related to the “24/7/365 anti-Trump agenda,” the Central Coast still has overlooked needs related to the threat of wildfires and debris flows; water shortages; traffic gridlock; and failing infrastructure.

District 24 consists of all of San Luis Obispo and Santa Barbara counties, as well as part of Ventura County. Carbajal defeated Republican challenger Justin Fareed in each of the last two elections, winning by a tally of 58.6 percent to 41.4 percent in 2018.