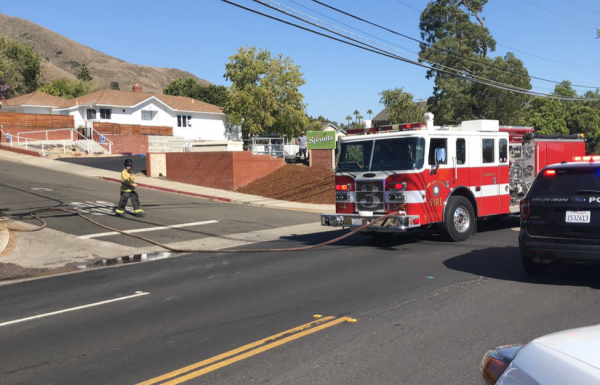 A power outage in San Luis Obispo and one in North County resulted in more than 5,000 customers losing power on Wednesday.

An incident involving a power line sparked a fire in the area of Johnson and Flora streets in San Luis Obispo, according to the city’s fire department. Firefighters arrived at the scene and extinguished the blaze.

KSBY reports, shortly before 4:30 p.m., a transformer possibly blew in SLO, and residents reported hearing a large pop before the power went out. A tree then caught on fire in the area of Sydney Street and Johnson Avenue.

Residents attempted to put out the blaze using fire extinguishers before firefighters arrived.

As a result of the outage, 2,325 customers lost power. The outage affected various parts of the city, including in the downtown area along Monterey Street and around Mitchell Park, SLO High School and French Hospital Medical Center.

The crash shortly before 4 p.m. spurred an outage in North County which resulted in nearly 3,000 customers losing power in Atascadero and Templeton. The causes of both outages remain under investigation.