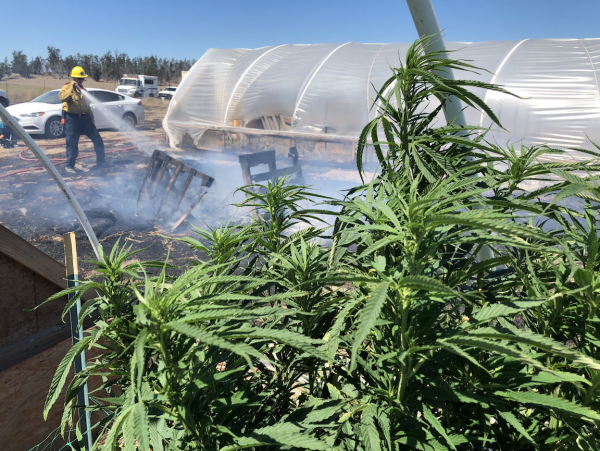 Hours after a fire burned 17 acres east of Lompoc on Wednesday, Santa Barbara County Sheriff’s deputies raided a property damaged by the blaze, the latest in a string of busts targeting illegal marijuana grows.

The fire destroyed a vehicle, a shed and agricultural equipment at a property located at 4777 Sweeney Road, according to the Santa Barbara County Fire Department. The blaze burned around marijuana plants and hoop houses, structures for housing pot grows that have become a common sight in northern Santa Barbara County.

At about 10 p.m., the Santa Barbara County Cannabis Compliance Team served a warrant at the site and removed about 1,800 plants that were in various stages of growth. Investigators also seized approximately 100 pounds of processed marijuana, according to the county sheriff’s office.