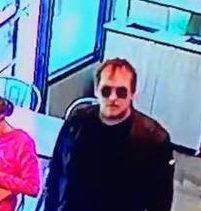 San Luis Obispo County District Attorney Dan Dow has decided not to file charges against the man who found SLO Police Chief Deanna Cantrell’s firearm on a toilet paper holder in El Pollo Loco and then turned it over to police the following day, Dow announced on Saturday.

After officers collected the gun, they thanked Skeeter Mangan and his brother-in-law Sean Greenwood, and said they did not plan to charge Mangan based on Penal Code 485, Greenwood said. But shortly after Mangan returned the firearm, the city issued a press release that said he was a suspect in the theft of the chief’s firearm.

In his announcement, Dow wrote that even though there was enough evidence to support a misdemeanor charge of Penal Code section 485 because Mangan did not immediately attempt to return the gun, he had selected not to proceed with criminal charges.

“After thoroughly considering all the circumstances, I have concluded that it would not be in the interest of justice to charge Mr. Mangan with a crime,” Dow wrote.

In his press release, Dow credits Greenwood for the return of the gun.

“Mr. Greenwood’s actions enabled the quick recovery of this lost firearm and prevented any further harm to come from this unfortunate situation,” Dow wrote. “It is my sincere hope that Mr. Mangan and other members of our community have learned from this widely publicized situation that failure to take immediate steps to find the rightful owner of lost property is a crime of theft under California law.”