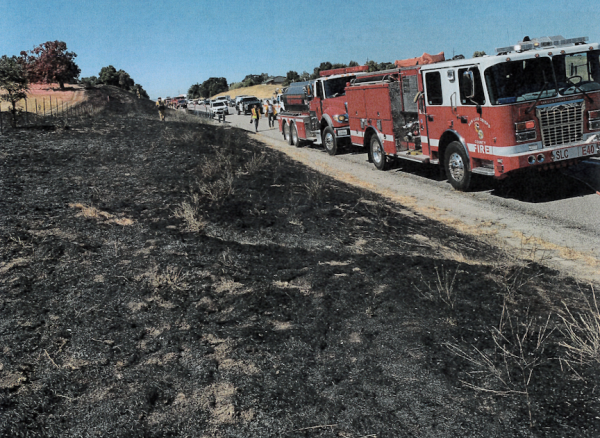 For the second time in a span of three days, a truck sparked a fire on Highway 101 south of Atascadero, and the blaze spread into nearby brush.

On Friday, a pickup truck crashed on Highway 101, sparking a fire that burned about 50 acres and threatened homes near South Atascadero and rural Santa Margarita. Then on Monday, a tractor trailer sparked a blaze in the same area, though the fire only burned about a half acre, according to Cal Fire.

At about 1:49 p.m., Jorge Luis Gonzalez of Bakersfield was driving a Peterbuilt truck southbound on Highway 101 south of Santa Barbara Road. The truck was loaded with 79,000 pounds of rocks, according to the CHP. 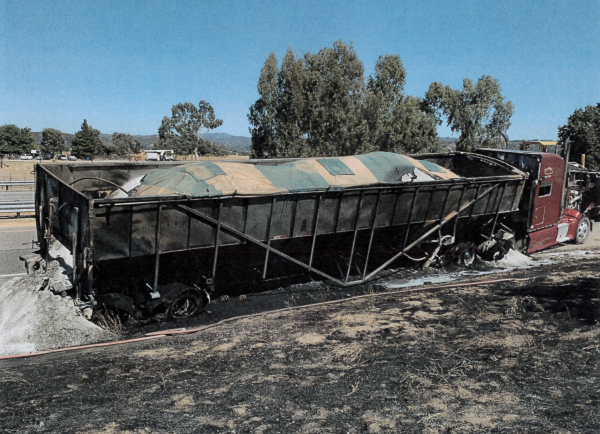 A small fire then ignited, and it jumped to the shoulder of the highway. Gonzalez tried to put out the blaze using his fire extinguisher, but he did not succeed.

The blaze grew, and fire crews arrived at the scene. Authorities closed southbound Highway 101 in the area, diverting southbound traffic to El Camino real. The highway reopened a short time later, though one lane remained closed for several hours. 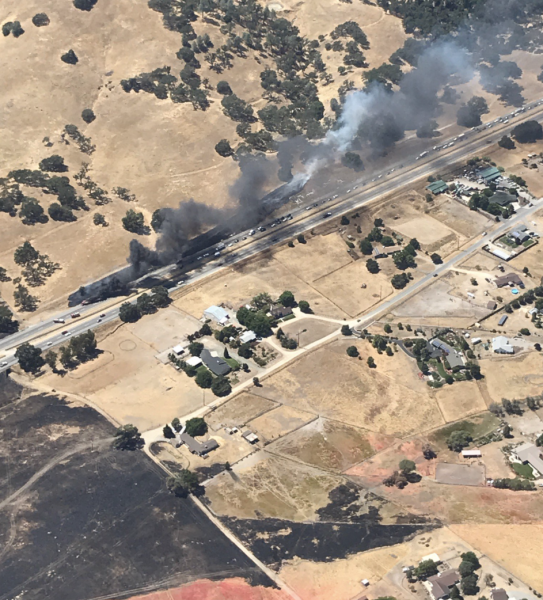