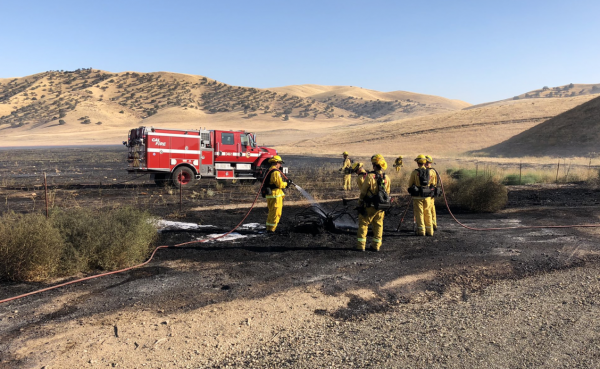 The site of the fire near the Cholame “Y”

A total of four fires burned in San Luis Obispo County on Wednesday, and there have now been at least five blazes in the last two days.

On Tuesday, a small fire broke out in a backyard east of Paso Robles. Firefighters extinguished the blaze, which burned near Branch Road and Cabernet Place and the Bianchi Winery, according to Cal Fire.

The largest of the fires on Wednesday burned 22 acres behind a sewer plant near the Cholame “Y” and the Kern County line. Firefighters fully contained the blaze in the evening.

Also in North County, the trailer of a commercial vehicle caught on fire in the 2500 block of Adobe Road near the Paso Robles airport.

To the south, a fire sparked near Cal Poly along Highway 1 just north of the SLO Cal Fire station. KSBY reports the blaze was sparked by a worker using a grinder on a piece of farm equipment.

University police officers helped stop the blaze before firefighters arrived. Authorities temporarily closed one lane of the highway as a result of the small fire.

Lastly in Nipomo, a small brush fire broke out near Higos Way and Division Street. Firefighters quickly extinguished the blaze. 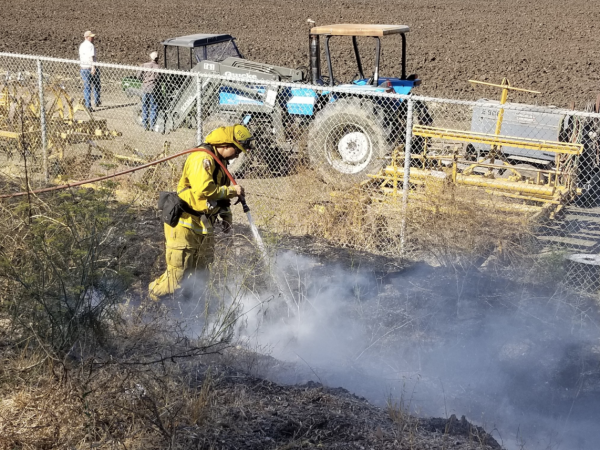 The site of the fire near Cal Poly