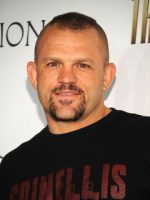 An Atascadero couple has reached a $70,000 settlement over a home they purchased from former champion wrestler Chuck Liddell because of a mold infestation. [Tribune]

Liddell sold the Via Colonia Court home to Kenneth and Hayley Smith in 2015. The Smiths signed a purchase agreement in July 2015, but later gave notice of their intent to vacate due to financial issues.

Before leaving the home, the couple discovered a preexisting water leak in a laundry room that shared a wall with their 9-year-old daughter’s bedroom, according to a lawsuit filed in San Luis Obispo Superior Court in Dec. 2016. The suit alleges the Smith’s daughter slept and played for months in a room riddled with mold.

The girl suffered serious medical problems and was under the care of several doctors.The Smiths hired a mold specialist who found the girl’s room had a high concentration of spores, according to the suit.

The Smiths were pressured to take out a loan to purchase the home, according to the lawsuit.

On Friday, a judge finalized the settlement in the case, which will result in Kenneth and Hayley Smith each receiving $31,500 and their daughter receiving $7,000. Lisa Toke, the Smiths’ attorney, said the couple’s daughter is now doing well.