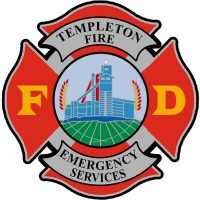 Templeton property owners have overwhelmingly approved a $15-a-month parcel tax intended to provide emergency funding to the North County community’s fire department that was at risk of dissolving.

A two thirds vote was needed for the initiative to pass.

Faced with fiscal troubles and apparent staff shortages, the Templeton Fire Department asked property owners to vote for the tax, which amounts to $180 a year, to support rising salary costs. Because of limited property tax funding from San Luis Obispo County, the Templeton fire station was only being staffed from 8 a.m. to 5 p.m.

CSD officials claimed the Templeton Fire Department may have been forced to dissolve if it did not obtain a new source of funding. If that were to occur, Cal Fire would likely take over firefighting and medical response services in Templeton.

Proponents of the ballot initiative touted the property tax as a source of stable, local funding that could not be take away by the state of California or SLO County.