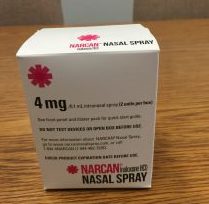 More than a dozen inmates and custody deputies required medical treatment for exposure to heroin at the Santa Barbara County Jail on Thursday, an increase from an earlier report of nine inmates overdosing on opioid.

At about 3 p.m., an inmate collapsed inside a dormitory unit housing 27 inmates. Jail staff administered Narcan, an antidote for opioids, and called for paramedics.

While Deputies and medical staff were attending to the first inmate, others in the housing unit began experiencing various levels of suspected opioid related symptoms.  In all, five custody deputies and 13 inmates were treated for opioid-use or exposure, Lt. Erik Raney said.

Of the five deputies, all suffering from opioid exposure, two were evaluated and treated at the hospital, and three were transported to a local hospital. All of the deputies and inmates involved in the incident are expected to make a full recovery.

Jail staff escorted the housing unit’s remaining inmates from the dormitory, which was searched and decontaminated.

Jail staffers discovered suspected heroin inside the housing unit. Investigators are working to determine how the narcotics were brought into the facility, and how the widespread exposure occurred.

“Contraband in custodial settings is a concern across the nation,” Raney said. “The Santa Barbara County Sheriff’s Office Custody Operations Division remains pro-active in preventing contraband from entering the facility, and eradicating contraband that finds its way in.”