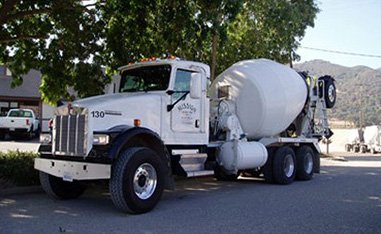 A cement truck driver, who accidentally hit the spill button instead of mix button, poured cement on a Santa Barbara City street.

The spill spanned three blocks of De La Guerra Street, near East Cota and Anacapa streets. Police officers shut down a portion of the street for several hours while city crews cleaned up the spill.

Investigators inspected the truck and discovered several equipment and vehicle code violations. It was the driver’s first week operating the truck on his own.

The police department is asking the Santa Barbara District Attorney’s Office to file charges against the driver and Mission Ready Mix for spilling hazardous waste, dumping a load on the roadway, and not securing a load. The city is also looking to recoup the cost of cleaning up the spill.