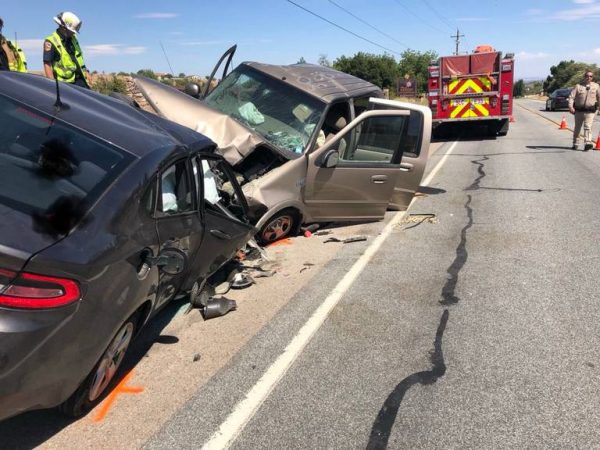 Two people were killed and two others injured when a black Dodge Charger crashed head-on into a gold pickup truck on Nacimiento Lake Drive on Monday afternoon, according to the CHP.

Shortly after 2 p.m., officers responded to reports of an accident on Nacimiento Lake Drive near Mondo Cellars. After one of the vehicles appeared to be catching on fire, Cal Fire crews also responded to the scene.

At least one of the victims was airlifted to a local hospital.

Officers remain on the scene. The westbound lane is currently closed to traffic.

Cal Coast Times will have updates as information becomes available.