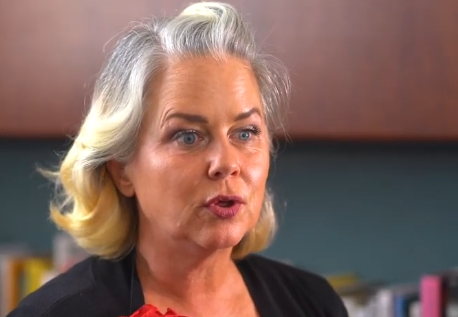 Touting the benefits of electric-only homes, San Luis Obispo Mayor Heidi Harmon released a video Tuesday morning that features a Los Angeles Times article on pollution associated with gas appliances. However, Harmon failed to explain that the article referred to improperly vented gas appliances, and not all gas stove usage.

Harmon, who worked previously as a maid and as an assistant at a preschool, plans to help the community “understand the full breadth and depth” of using gas appliances at Tuesday evenings City Council meeting, she said. Michael Hicks, a contractor with Peoples’ Self-Help Housing, supports Harmon’s assertion that banning gas appliances is needed to protect public health.

“I don’t think people realize, I didn’t, that when you have a gas stove, for example, you are polluting your own home,” Harmon says, while a photo of the LA Times article, “Cook with a gas stove? You could be breathing polluted air, study says,” appears on the video.”

According to the study, scientists with the U.S. Department of Energy’s Lawrence Berkeley National Laboratory found that 62 percent of households using gas burners without venting range hoods are exposed to excessive levels of nitrogen dioxide, carbon monoxide and formaldehyde. While the levels do not exceed air quality standards, they can exacerbate health issues.

“Luckily, there are simple ways to limit your exposure,” according to the LA Times article. “First, use a range hood. Even a moderately effective one will substantially cut concentrations of pollutants in your home,’ researchers said. ‘Cooking on the back burners can help too, because they sit directly under the ventilation system.”