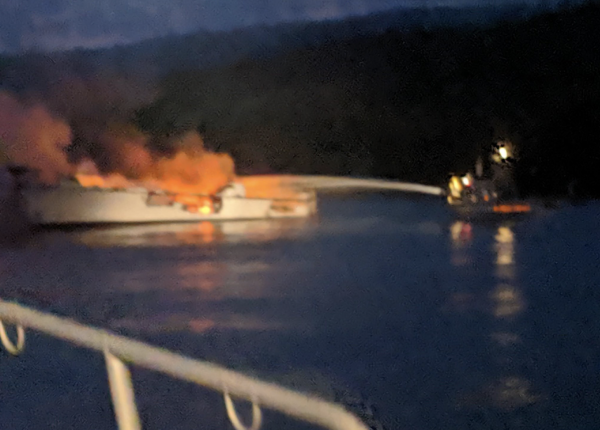 A crew member’s girlfriend, a teenager who had just celebrated her 17th birthday and the girl’s parents are reportedly among the 34 people presumed dead after a boat caught fire off the Channel Islands early Monday morning.

After The Conception, a 75-foot commercial diving vessel, burst into flames, five of the six crew members managed to escape and were rescued by Bob Hansen and his wife, who were on a nearby boat, The Grape Escape. No one else who was aboard the burning boat managed to escape.

“The entire boat was engulfed. It was from the bow to the stern and 30-foot flames,” Hansen said in an interview with the New York Post. “There was not a place on the boat where it wasn’t on fire.”

Hansen and his wife were awoken when the captain of The Conception and four other crew members began banging on the side of his ship. The five men were in a small rubber boat, with most of the crew clad only in their underwear. One of the crew members had a broken leg and several were crying when he and his wife rescued them, Hansen said.

One of the crew members said his girlfriend was still onboard the burning boat. She did not make it out.

Over the weekend, passengers on the boat celebrated three birthdays, with one of the parties for a 17-year-old girl. The teen was on the boat with her parents, Hansen said.

The Conception had been anchored off the north side of Santa Cruz Island for a weekend diving excursion. At about 3:15 a.m. on Monday, a crew member made a mayday call in which a man was heard saying, “I can’t breathe.”

Firefighting crews arrived at the scene and battled the blaze. But at approximately 7:20 a.m, The Conception sank, and the wreckage ended upside down on the ocean floor in about 60 feet of water.

As of Tuesday morning, the U.S. Coast Guard has found 25 bodies and nine people remain missing

DNA will likely be required to identify the bodies of the victims, Santa Barbara County Sheriff Bill Brown said. Officials are withholding the names of victims as bodies are identified and relatives are notified.

The LA Times reports one of the victims was Kristy Finstad, a 41-year-old marine biologist who had made hundreds of trips to the Channel Islands over the course of her life.

Authorities have shifted from conducting a rescue operation to a recovery mission. Officials also enacted a 3,000-foot temporary flight restriction around the sunken boat.

It remains unclear what caused the boat to catch fire. 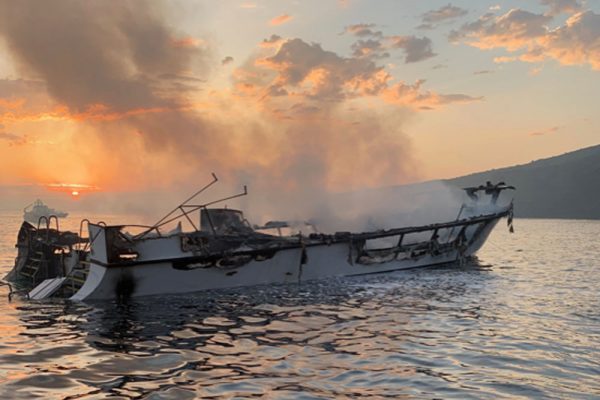