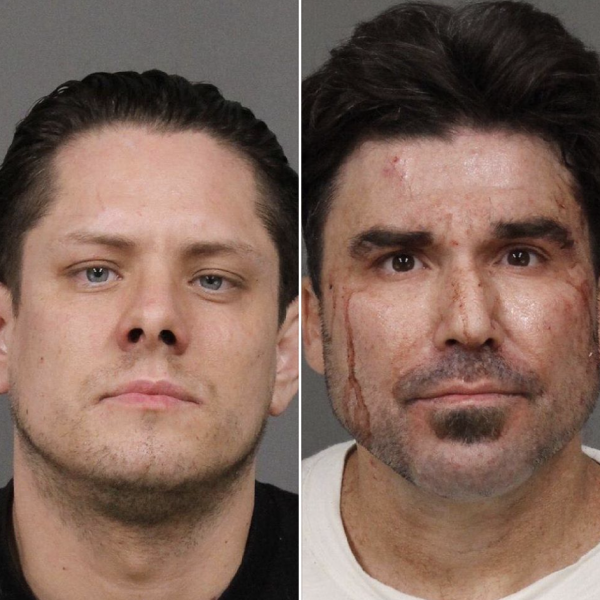 Two wanted felons fled San Luis Obispo County Sheriff’s deputies by car and then by foot in rural Arroyo Grande Monday evening but were eventually caught, due in part to the work of a K-9.

At about 5 p.m., a disturbance occurred in the 1700 block of Hi Mountain Road near Lopez Drive. A wanted fugitive was seen leaving the area in a gray car, according to the sheriff’s department.

Deputies spotted the car leaving Hi Mountain Road near Lopez Drive and attempted to pull it over, but the driver sped away leading officers on a pursuit.

While attempting to turn onto Tiffany Ranch Road from Orcutt Road, the car crashed. The two suspects then ran from the car, where deputies discovered a shotgun.

Deputies arrested Christopher Greenman and Craig Stephens, both 35, and booked them into the San Luis Obispo County Jail on charges related to the vehicle pursuit, resisting arrest, being felons in possession of firearms and having outstanding felony arrest warrants.

Both suspects remain in custody with their bail set at $50,000.