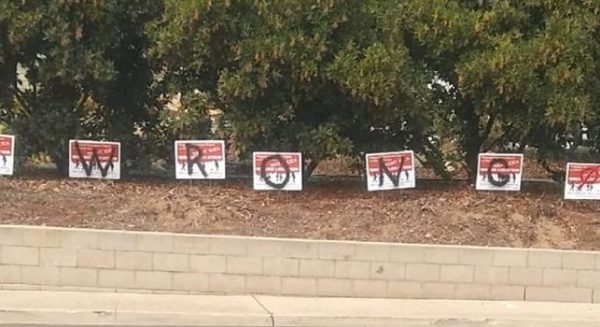 The 5 Cities Homeless Coalition recently purchased a property on Fourth Street in Grover Beach, where they plan to conduct homeless services. Even so, the homeless coalition is still trying to buy the Bethel Baptist Church property.

For 10 years, the homeless coalition has attempted to secure property for offices, a warming center, homeless youth housing, and low-cost housing; an attempt regularly rebuffed by neighbors. In April, the San Luis Obispo County Board of Supervisors voted to approve $2.6 million in grant funds for the purchase of the Bethel Baptist Church in Grover Beach.

However, members of the congregation accuse those attempting to convert the church into a homeless facility, as supporting the theft of their church. Residents in the quiet neighborhood with manicured yards and ocean views have also argued against the homeless coalition’s plan to purchase the church.

For more than two years, the homeless coalition had operated a warming center at the church, which led to urination and defecation in the neighborhood, used needles and trash in their yards, and confrontations with the homeless, neighbors say.

Bethel Baptist Church’s current pastor John Fleming, the church board, and its members are fighting the Christian & Missionary Alliance (C&MA) over ownership of the 57-year-old church and a 3.1-acre lot valued at $2.9 million.

Former pastor Ronald Kennedy, a long-time employee of the C&MA, claims in 2014 he legally transferred ownership of the church to the C&MA, which then decided to close the church and sell the almost $3 million property to the Five Cities Homeless Coalition, with C&MA keeping the proceeds. However, Kennedy’s claim to legal ownership is under dispute.

In October, after making a deal to sell the property to the 5 Cities Homeless Coalition, Kennedy began removing musical equipment, bibles and records from the church.

Meanwhile, the homeless coalition has continued in its attempt to purchase the church property from the C&MA, and transform it into housing for the homeless.

“With the Hillside Church (Bethel Baptist Church) site lingering in what looks to be lengthy litigation, while still in escrow, sites for the remaining portions of the project (affordable housing and warming shelter) are being sought by the project partners and with the support of the broader community,” the homeless coalition posted on Facebook.

Residents of both Grover Beach and Arroyo Grande have voiced opposition to the homeless coalition and several public officials including Supervisor Adam Hill and Grover beach Councilwoman Mariam Shah, whom they accuse of supporting an attempt to steal the church.

On the other side, a group of public officials and homeless coalition advocates have accused the neighbors of being NIMBYs, and those at the church of hosting anti-homeless rallies.