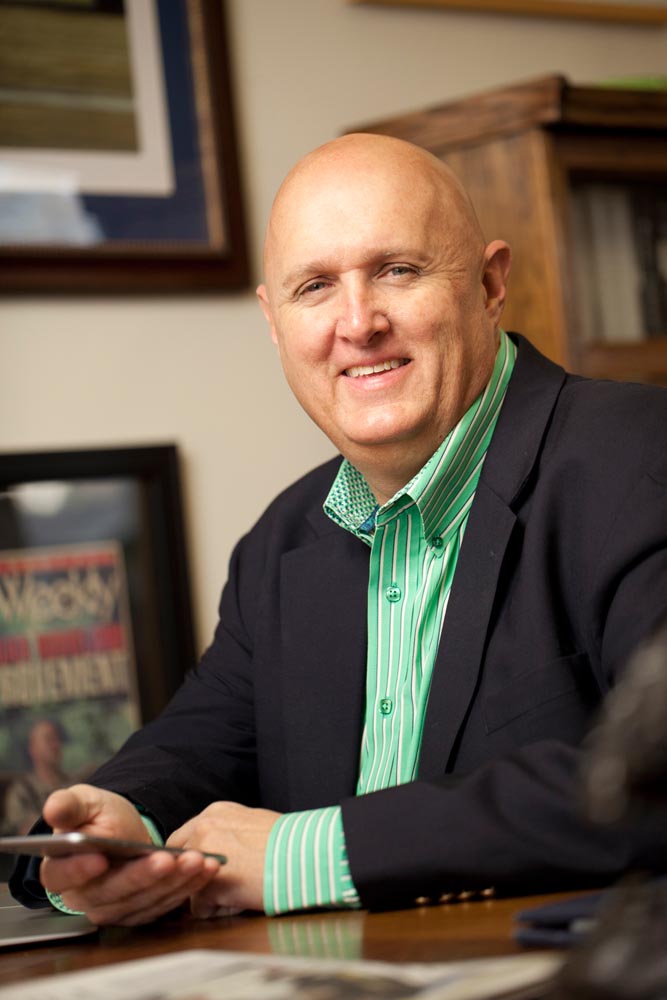 “I fully admit I worked on this ordinance and this is what has come of it, and I am responsible for it. I own this ordinance….” These are the fateful and telling words spoken by County Supervisor John Peschong at a recent cannabis cultivation appeal hearing.

His swing vote denied residents’ impassioned appeals and cast a dark shadow on their tranquil homes and businesses on Airport Road in Paso Robles. We had high hopes the District 1 Supervisor would put children, families and traditional agricultural ahead of any cannabis influence over land use planning. Instead, he turned his back on constituents and approved this pot farm 600 feet from residences.

Neighbors now face stench and security risks no neighborhood in SLO County should have to endure. While the Board of Supervisors gave itself discretionary authority to turn down any pot growing application that was bad for any reason, Peschong, along with supervisors Bruce Gibson and Adam Hill failed to properly exercise this authority. Supervisors Debbie Arnold and Lynn Compton wisely did, and have our gratitude.

SLO County now stands at the precipice of a sad and dangerous paradigm shift for its rural residents and billion dollar traditional farming economy thanks to the misguided and ill-influenced direction of Mr. Peschong and SLO county’s version of the ‘doobie brothers’ – Adam Hill and Bruce Gibson. Their reckless kowtowing to big cannabis and their ‘eminent domain’-style takeover of rural neighborhoods is perhaps motivated by fanciful dreams of being the saviors of county coffers, albeit at the expense of rural homes and traditional agriculture.

Peschong and other supervisors were tempted by pure fiscal folly and his recent ownership claim of the ordinance was mere posturing, a faux display of resolute strength and leadership.

Unfortunately, Mr. Peschong, the appearance of ‘owning’ and taking responsibility doesn’t cut it; true leadership means immediately stopping the permitting process and improving the ordinance in a way that protects residents, grape growers, wineries and anyone within or near unincorporated land. Do this, even if you have to endure the whines of pot farmers who speed-dial your cell phone.

It’s all about land use, however, not ‘reefer madness’ accusations or fiscal fantasy. Simply put, Mr. Peschong, you created and own a bad ordinance, so you should change it. Consider the following:

1: Your ‘sensitive receptors’ clause mandates a minimum 1000 feet property line setback between pot farms and sensitive sites like schools, addiction treatment facilities and others. Why would you possibly think to distance kids and addicts from pot farms??? Hint: with this requirement you fully acknowledge the serious, proximal risks of collocating a noxious drug’s supply chain right next to kids and addicts.

Strange that Mr. Hill declared these concerns ‘speculative’ when he, too, approved the ordinance as is. We digress. Clearly, Mr. Peschong, you must have accidentally forgotten to add personal residences – where kids spend far more of their time – to your list of protected, sensitive sites.

Now, even the Planning Commission has recommended to include residential dwellings in the 1,000 ft. sensitive receptor setback; clearly they get it. The Board of Supervisors needs to vote and approve this before any additional cannabis projects are planned or approved, period.

2: You seem to side with Supervisor Hill – a man reported by some media as bought and paid for by the cannabis industry – when he stated that neighbor and family concerns next door pot farms are speculative.

Appellants of other cannabis projects presented substantial evidence on the ineffectiveness, risks and unknown impacts of spraying perfumy neutralizers around leaky, venting marijuana greenhouses close to residences. Ask the residents of Carpinteria and elsewhere throughout Santa Barbara County, Mr. Peschong. All that neutralizing spray hasn’t fixed their odor and air pollution problems and who knows what other impacts it will have, respiratory or environmental.

Let’s not stop there, though. How about the industrial manufacturing chemicals used to process and extract the THC/CBD from the cannabis? Food for thought: Change the cannabis ordinance for San Luis Obispo County before the use of these unknown and untested chemicals impact our agriculture environment, water aquifers, and our homes and families.

3: Your ordinance is ideal for pot farmers to have free reign and transform our beautiful wine country into the ‘marijuana badlands,’ just like Santa Barbara County. For example, you instituted no density restrictions to limit how many cannabis farms can be permitted in a small area. Some of our friends and families have not one, not two, but three or more neighboring pot farm applications to contend with.

You’ve approved over 20 pot farms, Mr. Peschong and now your regulation’s beneficiaries are clamoring to squeak 100 more through the permitting process before we can make any improvements to it. Change Titles 22 and 23 to include, retroactively, density restrictions and prevent the Santa Barbara catastrophe from happening here. This should be done even if it means throwing out 80 percent of the applications and giving back the application fees.

4. You provided us a real sense of ownership and choice in last year’s Measure B-18 where we approved a 4 percent tax on cannabis businesses. But why were the residents of SLO County not allowed to choose whether cannabis cultivation should be allowed in the first place?

Two-thirds of the counties in California said ‘no’ to cannabis cultivators; clearly, the risks weren’t just speculative to them. Proposition 64 said recreational use of pot was allowed. That was a legalization question, not an industrial localization one. Now, many of your own constituents are bearing enormous legal expenses to fight the proliferation of pot farms next door. Simply change the cannabis ordinance to limit cultivation and chemical extraction manufacturing to where it belongs in land use areas like industrial or commercial zoned properties that can be secured – not around residential homes and families.

5. Marijuana and hemp cultivation are so alike, and you wisely passed a temporary moratorium on hemp cultivation permits. But it’s strange that you should direct county planners (a group now enjoying a revolving door of employment with the cannabis industry) to prioritize development of an industrial hemp ordinance aside from marijuana cannabis.

Mr. Peschong, why are you separating these issues when common sense says they need to be resolved simultaneously to protect residents and farmers, and even cannabis cultivators from each other? Hemp is cannabis! It might just be practical to improve and resolve them both and retroactively apply all changes to existing permit applications. Or, at minimum issue a moratorium on new cannabis farms until the Phase 3 cannabis ordinance items can be voted on and the hemp issue resolved.

You have the opportunity to do the right thing Mr. Peschong, for your constituents, traditional agriculture, residences, families, and our wine and tourism businesses. If you really want to own your cannabis ordinance, improve it by removing its irresponsible, preferential treatment of big cannabis and make it retroactively protect us from the horrors befalling our neighboring county to the south. Immediately implement the following for both marijuana and hemp cultivation:

• Include private residences in the local definition of ‘sensitive receptor’. In so doing, they will really – not superficially – protect children and families
• Disallow any outdoor cultivation
• Disallow neutralizing sprays as a means of mitigating odor
• Allow cannabis chemical extraction production only in industrial areas where bright lights, security and traffic are compatible with the surroundings, and water and power utilities are available.