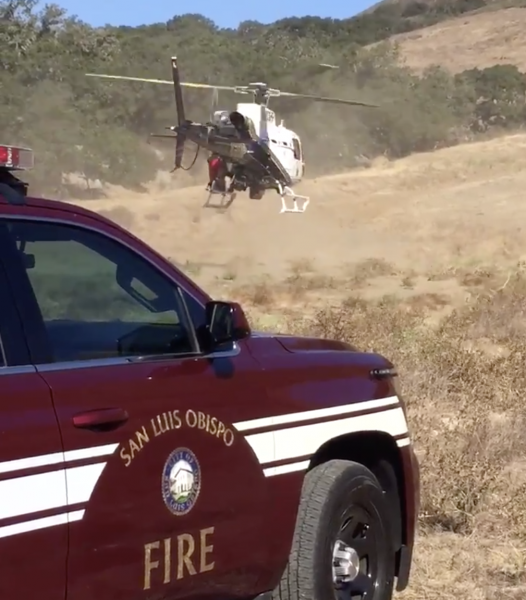 The 30-year-old San Jose man suffered undisclosed injuries after falling from a rock just off the Bishop Peak trail near the top of the mountain. The man tried to hike out on his own but could not manage because of the thick brush and extreme pain, according to the CHP.

The man was a bicyclist, but it is unclear if the man was riding a bicycle at the time of his fall.

San Luis Obispo fire personnel requested assistance from the CHP helicopter crew. The crew located the injured man and rescuers in heavy brush and lifted the San Jose resident up to the helicopter.

His current condition has not been disclosed.