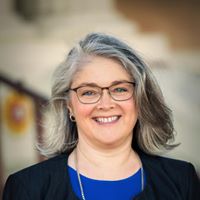 Lompoc Mayor Jenelle Osborne is asking the community for assistance in identifying any suspects involved in the shooting death of a man on leave from the Army who was shot multiple times while strolling on a street in Lompoc over the weekend.

Early Sunday morning, officers responding to reports of shots fired and found Marlon Brumfield, 22, on the ground suffering from multiple gunshot wounds. Brumfield, on a month long leave home from Germany, was pronounced deceased at the scene.

“I am deeply saddened by the loss of Marlon Brumfield,” Osborne said. “Marlon’s life impacted Lompoc and the entire country, given his mission to serve. I am very concerned about the rise in crime, and am committed to building a safer Lompoc.

“Marlon’s death must not be in vain, but part of the demand for change. Public safety will continue to be our city’s top priority. Despite the reduction in staff and resources in the Lompoc Police Department, I am confident Lompoc police will work as hard as ever to solve this heinous act. It is important that we rally together as a community, alongside our police department, to reduce crime.

“As a first step, if you know anything about this shooting, or any other crime in Lompoc, please contact Lompoc police at 805-736-2341, or report tips anonymously via the Lompoc Police Department mobile app.”