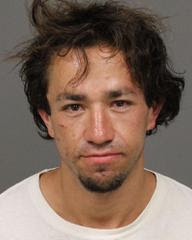 Shortly before 11 a.m. on Friday, a caller reported a burglary at a home on the 1000 block of Magnolia Drive. Investigators then discovered neighbors’ surveillance cameras had captured a man prowling through the neighborhood and looking though mailboxes earlier that morning.

By distributing the video to other officers, investigators were able to identify the suspect as Jose Beas Ramirez. Officers conducted a probation search and discovered items from not only the Magnolia Drive burglary, but also from previous burglaries and thefts.

Officers arrested Ramirez and booked him into the San Luis Obispo County Jail on charges of burglary, theft of personal property, being under the influence, and two failures to appear. He remains in jail with his bail set at $10,000.