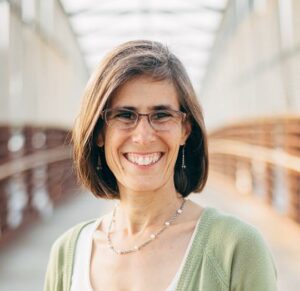 San Luis Obispo City officials have suspended a plan to phase out the use of natural gas appliances while they look into allegations Councilwoman Andy Pease violated conflict of interest rules.

Two weeks ago, the council voted 4-1 in favor of an ordinance and energy policy that would ban natural gas fittings and gas-powered appliances in new residential and commercial buildings. The city provided developers two alternatives: they can transition an existing gas-powered building into electric only or pay in-lieu fees.

Attorneys representing the Utility Workers Union of America fired back with saying that because of the economic impact to Pease’s business, she is and was disqualified from “voting upon, deliberating, or even being present for the council’s consideration of the clean energy policy,” according to a letter from attorney John J. Davis, Jr. Pease is a partner in Balance Green Consulting, a company in line to financially benefit from the city’s proposed energy policy.

“Because Ms. Pease is a professional who specializes in clean-energy consulting, and because she is also a highly placed insider in the city’s political and administrative structure, the new clean energy rules will drive a great deal of business to her architectural firm,” the letter says.

The union members are asking the city to vacate its Sept. 3 vote on the clean energy ordinance, which requires a two-thirds vote. Councilwoman Erica Stewart cast the lone dissenting vote against the ordinance.

In response to the letter, city administrators postponed the final approval of the ordinance to provide time for the Fair Political Practices Commission to weigh in on the allegation of conflict of interest.

“Public officials are expected to know the fundamental laws that govern their behavior,” Davis says in his letter. “Unfortunately, neither Pease nor her colleagues recognized this very serious legal and ethical problem.”

One Comment about “Councilwoman Andy Pease accused of conflict of interest”