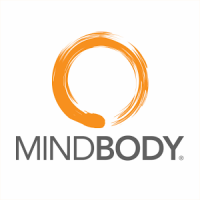 Last month, Mindbody announced the acquisition of Simplicity First, a software consulting firm based in Pune, Maharashtra, India. Simplicity First, which specializes in software development, quality assurance and project management, had been a Mindbody partner for several years.

Mindbody will open a new office in Pune later this year. The acquisition adds about 50 employees to Mindbody’s global workforce, and the company says it plans to hire additional software engineers in India.

“As part of the acquisition, we are looking to hire the best engineering talent in India,” Mindbody Chief Technology Officer Sunil Rajasekar said in a statement. “India has amazing tech talent and we are excited to expand our R&D footprint there. Mindbody is a global company and having R&D resources in the region will help us serve our customers better.”

India has a significant pool of high-quality and diverse software engineers, and the company will place a high priority on attracting candidates from underrepresented groups, including women, Mindbody Vice President of Product Operations Regina Wallace-Jones said.

Mindbody already has offices across the United States, as well as a pair of offices in the United Kingdom and one in Australia.