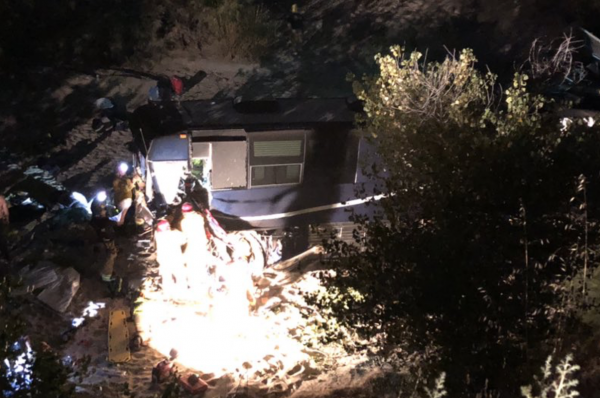 Earlier in the night, Turner performed at Vina Robles in Paso Robles. Turner and his band were not on the busat the time of the crash

Shortly before midnight, the tour bus, a Prevost XL2, was traveling eastbound on Highway 46 just east of McMillan Canyon Road at about 50 to 60 mph, when for unknown reasons, the vehicle drove off the roadway, according to the CHP.

The bus continued along a dirt shoulder, driving through a barbed wire fence and dense vegetation for about 200 yards, before plunging off a cliff. 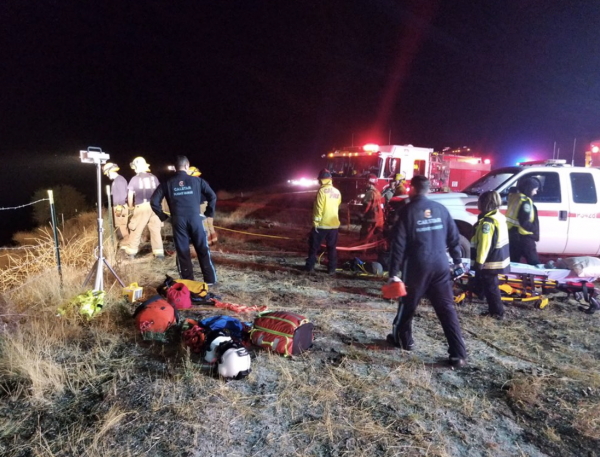 Upon impact, the front of the bus struck the bottom of a dry river bed, ejecting to two passengers, one of whom died.

Seven other people on the bus suffered moderate to severe injuries and were transported to hospitals, including Twin Cities Community Hospital and Sierra Vista Regional Medical Center.

Officials are currently withholding the identity of the person who died. The CHP has thus far identified the five people injured in the crash as: Carl Hadin, Bradley Dratnol, Justin Lambert, Jed Downing and Richard Lazarus. 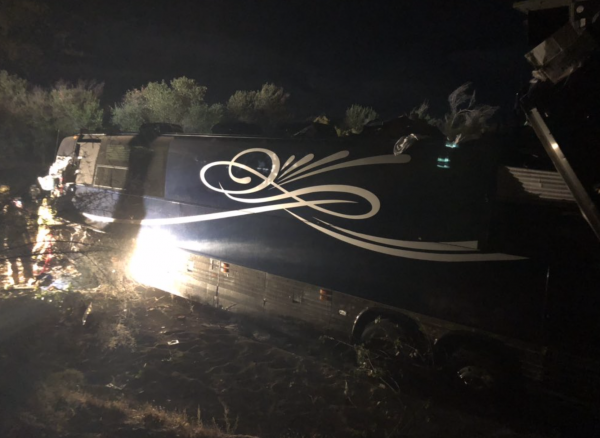