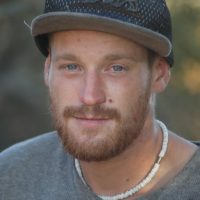 Friends have identified the 27-year-old Paso Robles man who was run over by a Paso Robles city maintenance worker in a city vehicle on Sept. 19 as Joseph Zigler. He was pronounced dead at the scene.

Born in North County, Zigler had been homeless for the past four or five years, Glen O’Hagan said. Zigler’s father died earlier this year.

According to police, Zigler was lying on a dirt road near the 13th Street overpass when the employee ran over him. The road, which is used primarily as a walkway, leads to the riverbank where multiple homeless people live.

Police are not sure if Zigler was killed in the accident or already deceased. The county coroner is investigating the death.