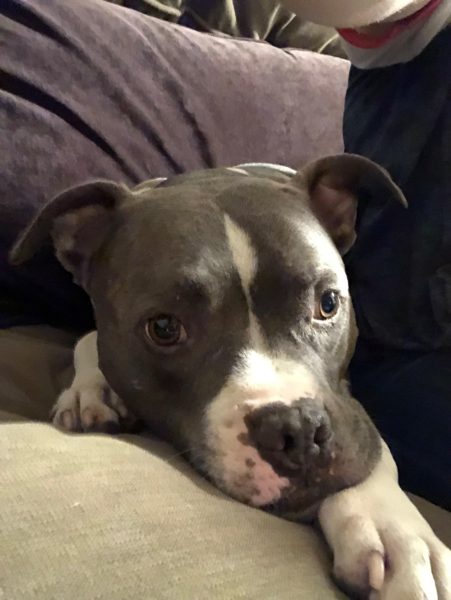 A San Luis Obispo woman was surprised, but not worried, to see several officers approaching her Santa Rosa Street apartment; she had broken no laws. Within minutes, an officer following up on a tip of a possible burglary, shot and critically wounded her dog.

Thursday had started out rough; Riley Manford had broken her bedroom window while trying to force it open. Shortly after she cleaned up the mess, her 7-year-old dog Bubbers began barking at two officers who were walking towards her front door.

One of the officers explained they were following up on a tip that someone was trying to break into her apartment through a window.

“I told them it was me. I live here, my window is broken,” Manford said.

While the first officer appeared calm, the second officer, Josh Walsh, had drawn his gun, appeared agitated, and was cursing, Manford said.

“He said, ‘Take control of your fucking dog!’ ” Manford said. “I told him he was a friendly dog and asked him to put his gun down so I could get Bubbers. He shot at him three times, hit him twice.”

Following the shooting, the dog was transported in critical condition to a veterinary clinic where he underwent emergency surgery.

Officers are conducting an investigation into the incident.