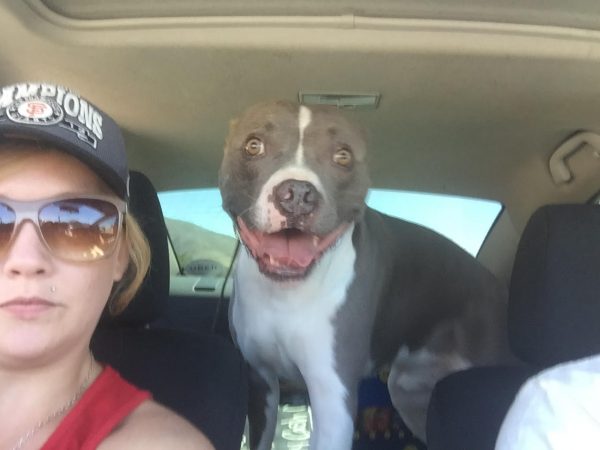 A 7-year-old pit bull/boxer mix died shortly after a San Luis Obispo Police officer shot him multiple times while responding to a false report of a burglary.

After receiving the report of a possible burglary at a three-unit residence on Santa Rosa Street, officers quickly determined the report was inaccurate. But, by that time, two officers had walked onto the property, and one was afraid of the resident’s dog.

Officer Josh Walsh ordered Riley Manford to control her “fucking dog,” Manford said. “I told him he was a friendly dog and asked him to put his gun down so I could get Bubbers.”

Following the shooting, Bubbers was transported in critical condition to a veterinary clinic. The dog suffered internal injuries and one of his legs was shattered.

At about 7 p.m., it was determined that the dog needed to be put down.

“If he did survive, they said he would always be in pain,” Manford said with a moan. “He was a member of our family.”