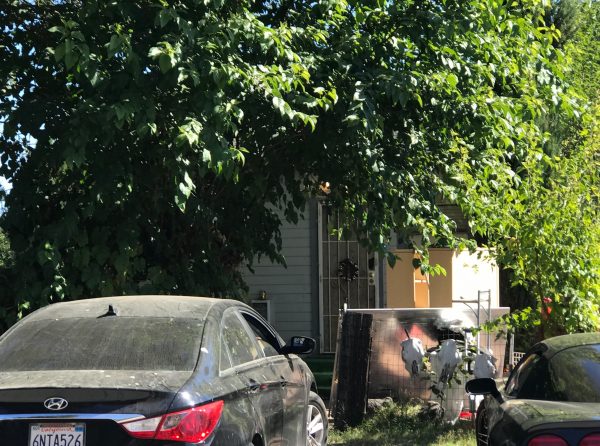 During a three month investigation, FBI agents taped and surveilled a confidential informant while he purchased methamphetamine, heroin and an assault weapon from Gary Allan Wallravin, 64, of Santa Margarita and Marc Kenneth Wolf, 49, of Atascadero.

On July 17 and July 23, Wallravin sold the informant methamphetamine and heroin from his 22617 K Street home.

“The CHS (informant) walked up to the front door of the Wallravin premises and Wallravin answered through a screen door. Wallravin asked the CHS ‘What do you need?’ and the CHS replied, ‘I need to get well. I got some money.’ Walravin asked, ‘How much?’ and the CHS stated, ‘Can I get a gram?’ Wallravinn opens the door and stated, ‘Let’s make this quick. The CHS asked Wallravin, ‘Do you have clear too,’ and Wallravin replied, ‘Yes.’ The CHS handed Wallravin $160 in cash for the methamphetamine and heroin,” according to the criminal complaint.

On July 31, Woff sold the informant, who was wearing a wire, methamphetamine from his home at 5305 Vega Avenue in Atascadero.

On Sept. 10, the informant asked Wolf if he knew where he could buy a firearm. Wolf then sold the informant methamphetamine and an AR-15-style firearm from the “Carter Premises” at 1835 Vine Street in Paso Robles.

“The CHS then asked Wolf if ‘Spooky’ was around to give the CHS a piece (firearm) for protection. Wolf replied, ‘Did you check Trent, he’s your best bet?’ Approximately five minutes later, Wolf told the CHS, ‘Let me make a call and find out if he’s still got it.’ Wolf then made a telephone call on his cell phone,” according to court records.