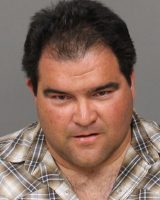 Betts’ then-girlfriend accused him in 2016 of molesting her daughter. Betts was also caught molesting a young victim in an earlier incident.

Evidence presented during a two-week trial showed Betts molested one victim in March 2016 and had molested another victim on multiple occasions between Sept. 2012 and Sept. 2013.

The Tribune reports Betts will be in his early 70s when he will become eligible to seek parole.

Judge Matthew Guerrero recommended that Betts Serve his sentence at the California Men’s Colony so he can be close to family. But, Betts will serve at least the beginning of his sentence at Wasco State Prison, a higher-security facility located in Kern County.

In addition to his prison sentence, Betts must also pay at least $10,000 in restitution to his two victim. A restitution hearing is scheduled for Feb. 10.

Betts has been in custody in SLO County Jail since his July conviction.