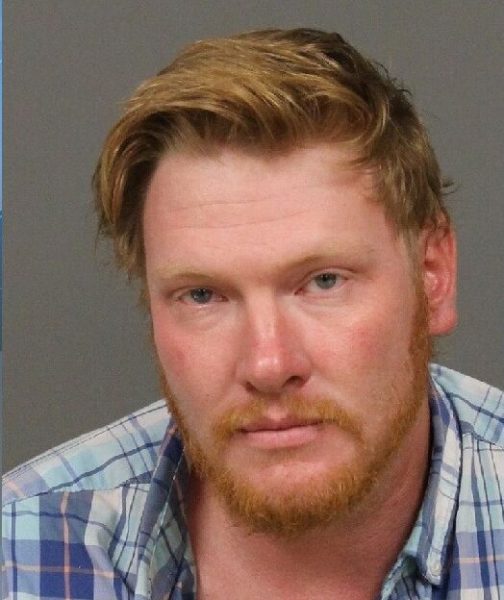 A suspect who allegedly stole a vehicle from an Atascadero home on Tuesday was arrested Wednesday at a home in Paso Robles where police found a stolen vehicle and a firearm.

On Tuesday afternoon., Joshua Steven Meyer, 32, allegedly took a vehicle from the driveway of an Atascadero home while a resident of the home attempted to stop him. While fleeing, Meyer crashed into another vehicle injuring the other driver.

Meyer then crashed into a tree, and abandoned the damaged vehicle.

The owner of the stolen vehicle, along with other witnesses, caught up to Meyer and confronted him. Meyer responded by pulling a gun on the witnesses.

On Wednesday, officers arrested Meyers in Paso Robles, where he was found with a stolen vehicle, drugs and a handgun. Officers booked Meyer into the San Luis Obispo County Jail on charges of possession of a stolen vehicle, hit and run with injury, possession of narcotics, and assault with a deadly weapon. His bail is set at $637,500.