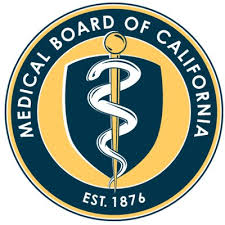 State prosecutors filed an accusation against a San Luis Obispo internist for having unlicensed employees perform medical procedures, ordering narcotics in her own name to give patients, and for neglecting patients.

For several years, multiple patients and former employees have reported allegations of wrong doing by Laleh Shaban M.D. to the Medical Board of California. The investigation, which focused on the treatment of five patients, resulted in six causes for discipline.

If found guilty, Shaban faces having her license suspended or revoked.

“She tried to get nurses to up-sell patients with products,” said Sara Jorgensen, a registered nurse that used to work for Shaban. “It was not patient-centric care, it was profit motivated.”

A former office manager, who asked not to be named because she is currently working for another medical group, said Shaban would dilute Botox, treating many patients with a half-dose while charging for a full-dose. After one patient complained that she did not receive the full-dose, she was given another half-dose, and then suffered for months with a drooping eye and a swollen forehead, the former manager said.

In their allegation, prosecutors listed the patients by numbers and the non-licensed staff doing medical procedures by their initials.

In Nov. 2017, Patient 1 went to Shaban for a Botox treatment. The nurse practitioner recommended Dysport, a different toxin treatment, and the patient agreed. Dysport costs the provider about half the price per unit of Botox.

However, the nurse practitioner failed to inform Patient 1 about possible side effects from Dysport, nor did she get a written consent for treatment. The patient then suffered side effects, according to prosecutors.

For $3,500 a year, Shaban offers her patients a concierge package that includes a range of services such as same-day appointments, more personal contact with the doctor, and discounts on additional services such as cosmetic procedures and weight loss.

Patient 2 signed up for the concierge package, met with the doctor, and agreed to have “brain mapping,” also known as an EEG, according to prosecutors. Shaban directed an employee without a medical license to perform the procedure. Patient 2 then suffered what she thought was a reaction to the gel used during the EEG, even though she provided information about her allergy to Shaban, according to prosecutors.

Unable to get out of bed, and suffering with a twitching eye, Patient 2 asked to speak with Shaban. Instead of calling her back, Shaban returned her concierge fee and terminated her as a client, several staffers said.

Patient 3 was another concierge patient who Shaban suggested should receive a number of medical treatments, which non-licensed staff administered, according to prosecutors.

Shaban prescribed Patient 4 multiple medications for knee pain including an daily opioid use for three years, even though his orthopedic surgeon told him to take ibuprofen until he underwent a needed surgery.

Prosecutors charged Shaban with gross negligence in her treatment of Patient 5, a woman with a history of lung disease, recurrent pneumonia, and bacterial infections. Shaban diagnosed the patient with Addison’s disease without performing the required tests to confirm the diagnosis. Shaban then failed to refer Patient 5 to an endocrinologist, according to prosecutors.

In their accusation, prosecutors charged Shaban with repeated acts of negligence, gross negligence, assisting in the unlicensed practice of medicine, failure to maintain records of drugs provided to patients, drug violations, and general unprofessional conduct.

In addition to the alleged medical board violations, multiple former employees accused Shaban of failing to provide breaks as required by law, for asking employees to perform medical procedures they were not licensed to do, and to take out prescriptions in their own names for medications Shaban gave to her patients.

Jorgensen returned from maternity leave to the Revive Medical Group only to find her position had been filled, and she would be working in another area. Seven months later, Shaban terminated Jorgensen for “breast feeding” her child, Jorgensen said.

“She was a terrible doctor to her patients and a terrible boss to her employees,” Jorgensen said.

In 2017, the U.S. Department of Occupational Safety and Health Administration lodged four violations against revive Medical Group for unsafe work practices. Shaban paid four fines and the violations were resolved.

In the next few months, Shaban will have a chance to defend herself at a hearing in front of the Medical Board of California. Even though she is charged with six causes for discipline, she continues to see patients.

One Comment about “State files charges against SLO doctor”