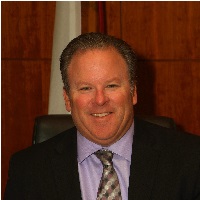 Oceano Community Services District board members have selected a new administrator, to replace General Manager Paavo Ogren who plans to retire in December.

Will Clemens, currently the central service director for San Luis Obispo County, is in line for approval during Wednesday’s board meeting. The board has agreed to pay Clemens $170,000 a year plus benefits, according to his contract. The agreement also includes a six-month severance package, in the event he is terminated without cause by the board prior to his fourth anniversary.

Clemens holds a bachelor’s degree in business and finance. He has worked as a public works department administrator for the past 28 years.

In Dec. 2018, Ogren moved to a part-time position as general manager in Oceano, and began moonlighting as a strategic advisor to the Cambria Community Services District. In April, Ogren announced plans to retire from Oceano on Dec. 21, 2019.

Clemens is slated to start on Dec. 3, which will allow for a three-week transition to Clemens’ administration. Clemens is the third high-ranking county employee to resign in order to take an administrator position at a local district.