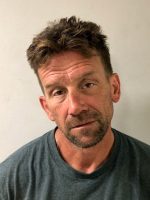 A suspicious package left on a vehicle in Grover Beach brought out the bomb squad and led to road closures, evacuations and the eventual arrest of a suspect, though on charges unrelated to the device that was thought to possibly be explosive.

At about 10 a.m., Grover Beach police received a call about a suspect making criminal threats, as well as warning about a possibly explosive device. Officers arrived and found a suspicious package sitting on the victim’s vehicle in the 1200 block of Seabright Avenue, police said.

Officers secured the scene and evacuated some residents in the immediate area a closed the 1200-1400 blocks of Seabright Avenue and the 400-600 blocks of South 13th Street.

Additionally, authorities placed Grover Beach Elementary School on immediate lockdown, even though it was not in the immediate vicinity of the suspicious package.

The San Luis Obispo County Sheriff’s Office Bomb Squad arrived at the scene, secured the suspicious package and preserved it for evidence.

At about 1:45 p.m., authorities reopened the roadways and allowed residents to return to their homes, and the Grover Beach Elementary School lockdown was lifted.

Investigators located the suspect in Oceano at about 4:20 p.m. Officers arrested Aaron Matison Stockwell, 48, without incident and booked him into the SLO County Jail on charges of making criminal threats, stalking, domestic violence and violation of a court order.

Stockwell, a Grover Beach resident, remains in custody with his bail set at $100,000.

Police say the incident was isolated. It is unclear what was inside the package.