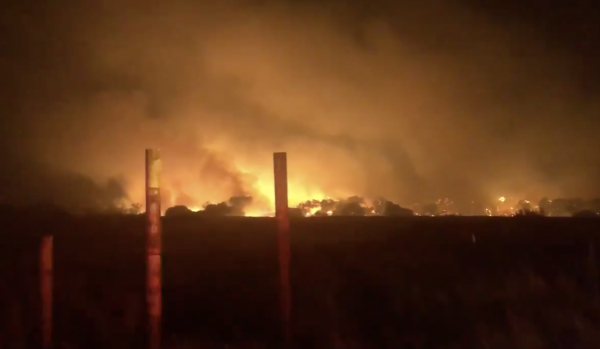 A fire broke out Tuesday evening near Camp Roberts and, as of Wednesday morning, the blaze has burned 289 acres and is 30 percent contained.

The fire started on the east side of the Salinas River in Monterey County; burning in the Big Sandy Wildlife State Area. The blaze was burning south-southwest Tuesday night toward San Luis Obispo County, according to Cal Fire.

Firefighters stopped the forward progress of the blaze Tuesday night but continued battling the fire overnight. Fire personnel are expected to mop up the blaze on Wednesday, but smoke will likely be visible from Highway 101 near Camp Roberts.

At the onset of the fire, there were downed power lines. Cal Fire stated in a tweet that power was out in the area, and PG&E personnel came out to the scene. 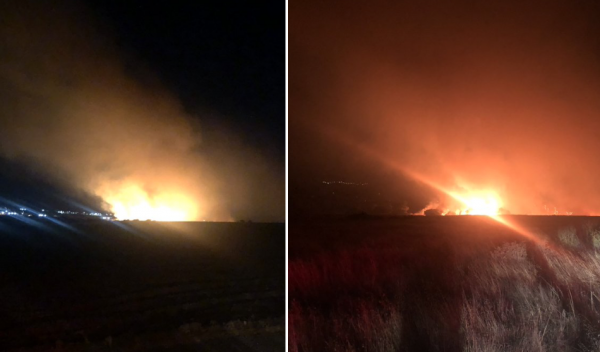 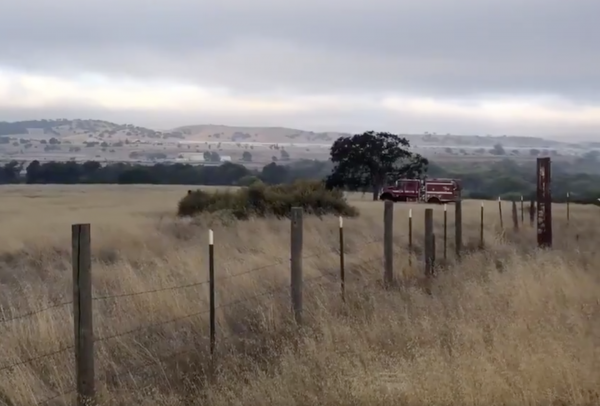