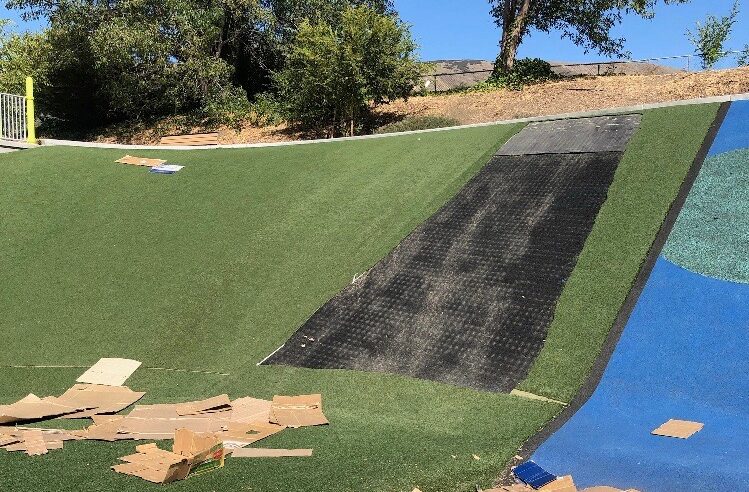 The San Luis Obispo Police Department is investigating the theft of a large portion of the synthetic turf from the slide hill at Sinsheimer Park playground.

During the overnight hours of Oct. 7, vandals cut out and stole a large portion of the synthetic turf from the playground. The turf will cost about $10,000 to replace and it is estimated to take about two weeks for the repairs to be completed.

Investigators reviewed surveillance video of the theft, however, there are no known suspects at this time. Police are asking anyone who has information about the vandalism to contact the police department’s non-emergency line at 805-781-7312.