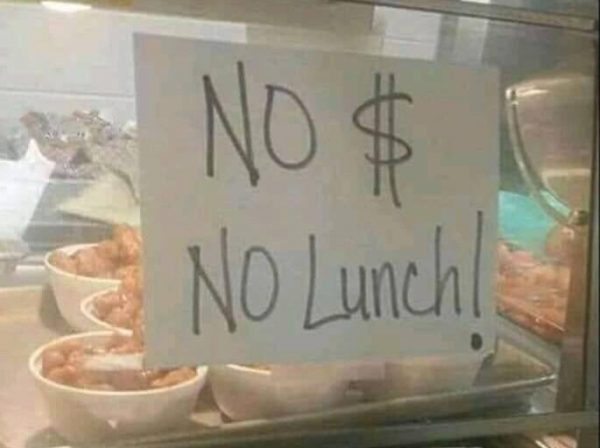 On Oct. 9, officers arrested the student for felony vandalism and booked him into juvenile hall in San Luis Obispo. Officers are considering adding an additional charge of tampering with a vehicle.

While it is unclear why the student vandalized the lunch lady’s car, Atascadero schools have for years either denied lunches or given a lower quality meal to children without lunch money.

According to district staff, in the past, children who were unable to pay for a lunch were permitted to eat from the “salad bar.” It has six containers, four of which were generally filled with vegetables such as lettuce, carrots, cucumber and tomatoes. The other two bins hold fruit.

“We certainly do not want children to go hungry,” said Stacey Phillips, secretary to Superintendent Thomas Butler. “There is never a reason to shame a student.”

However, multiple students said the lunch crew does not offer students without money a choice of the salad bar, instead telling the students to leave the line.

On Oct. 12, Newsom signed The Child Hunger Prevention and Fair Treatment Act, which requires public schools “to ensure that a pupil whose parent or guardian has unpaid school meal fees is not shamed, treated differently, or served a meal that differs from what a pupil whose parent or guardian does not have unpaid school meal fees would receive under that local educational agency’s policy.”

Starting this week, Atascadero schools are allowing children without money to charge their lunch, and the school will send a bill to the parents.

“This will cost the district a couple thousand dollars a year,” Phillips said.

On Oct. 17, the student who was arrested for vandalism returned to school.