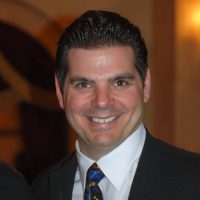 The former president of a Santa Barbara County family construction company pleaded guilty on Friday to three felony charges related to ripping off a Hollywood director, according to the district attorney’s office.

In 2016, Mark John Melchiori was arrested for defrauding “Back to the Future” writer-director Robert Zemeckis, for more than $500,000. The district attorney’s office charged Melchiori with 47 felony councts including embezzlement, insurance fraud and grand theft.

Zemeckis had hired Melchiori to remodel his home. Instead, Melchiori used the money to finance his own lavish lifestyle and fund other projects, prosecutors said.

In addition to defrauding Zemeckis, prosecutors said Melchiori underpaid employees who were working on public projects and funneled the money through various companies to cover up his crimes.

Melchiori, who faces up to nine years in prison, is scheduled to be sentenced on Jan. 9.