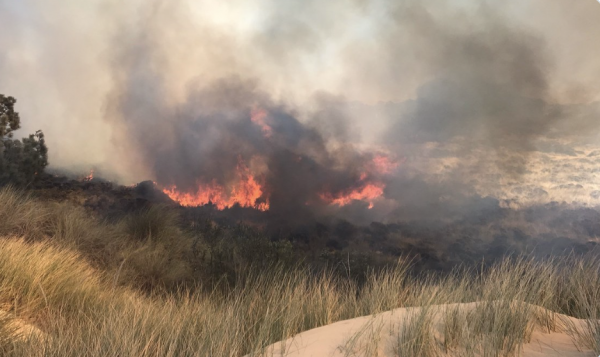 A slow-moving  fire broke out in vegetation at the Oceano Dunes on Sunday and burned four to five acres, according to Cal Fire.

The blaze started at about noon in an island of vegetation surrounded by sand. Firefighters managed to quickly stop the forward progress of the blaze.

By early afternoon, the fire was at 60 percent containment.

No structures were threatened by the fire. The cause of the blaze is under investigation. 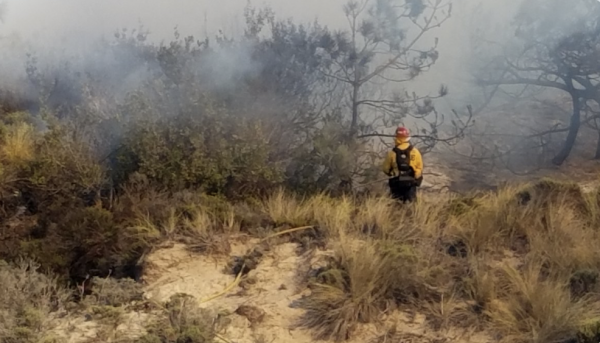