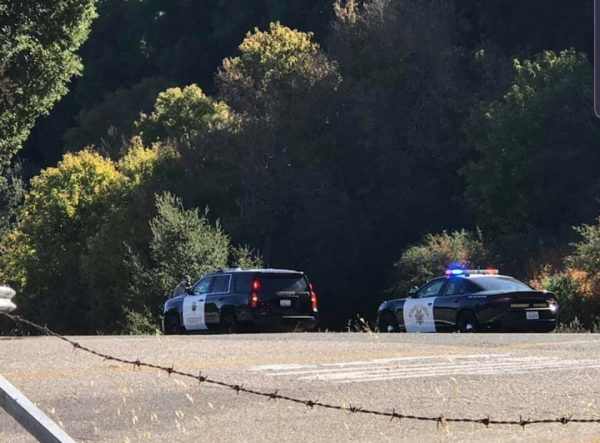 Shortly after 6 a.m., workers discovered the thieves in the act of taking hemp plants. The startled thieves dropped the plants and fled into a creek bed.

“Deputies, a CHP helicopter and a sheriff’s K9 searched the area but were unable to locate the suspects,” said Tony Cipolla, the sheriff’s department spokesman.

In the past, reports of burglaries at hemp farms were not that common. But because the plants are easily mistaken for marijuana, harvest season has led to two reported burglaries and one case of vandalism in SLO County.

Even though marijuana and hemp are both members of the cannabis family, they have different levels of THC, the intoxicant in pot, creating vastly different profit margins; marijuana sells for about four times the price of hemp.

SLO County requires commercial hemp cultivators to place signage describing the plants as hemp, and not marijuana. And these signs appeared to be missing from the York Mountain Road site.

“The suspects may not have realized they were hemp plants they were trying to take since cannabis and hemp plants are essentially the same plant,” Cipolla said.

For more than a year, the York Mountain Road property has been embroiled in controversy. Last year, the county planning department approved a permit for a combination 22,000 square feet indoor and 3 acre outdoor marijuana farm on the 77-acre lot.

On March 26, Jamie Jones of Kirk Consulting negotiated a settlement agreement with neighbors to drop their appeal of the project. In exchange, Frank Ricigliano and Laura Gardner, Jones’ clients, agreed not to grow cannabis outdoors for at least 20 years.

Shortly afterwards, Ricigliano withdrew his application to grow marijuana. He then applied for and received a permit to grow 15 acres of industrial hemp, a cannabis strain.

The neighbors responded by filing a lawsuit alleging contractual violations. The case is currently winding its way through the court system.