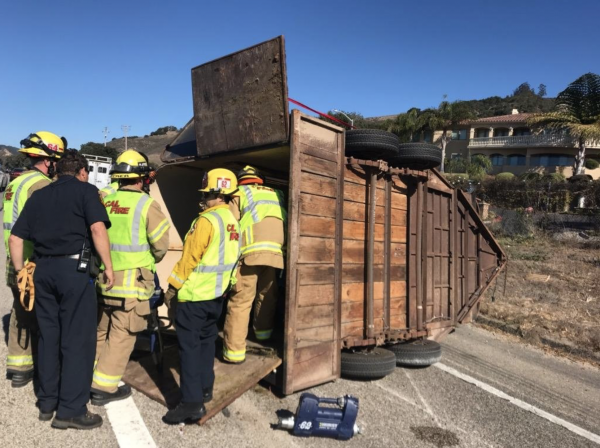 At about 10:30 a.m., the horse trailer crashed near Spyglass Drive. Cal Fire rescue personnel arrived at the scene and extricated the two horses with help from the Horse Emergency Evacuation Team.

The horse trailer hit a bump on northbound Highway 101, causing the trailer to fishtail and skid, according to KSBY. The trailer hitch then broke, and the trailer overturned, pinning one horse on the other.

Following the crash, one of the horses was sedated to protect rescue workers who cut into the overturned trailer to free the animal. Rescue personnel used ropes to pull the sedated horse out of the trailer.

One of the horses suffered a leg injury as a result of the crash. Both horses received treatment from a local veterinarian, and their current condition is unclear. 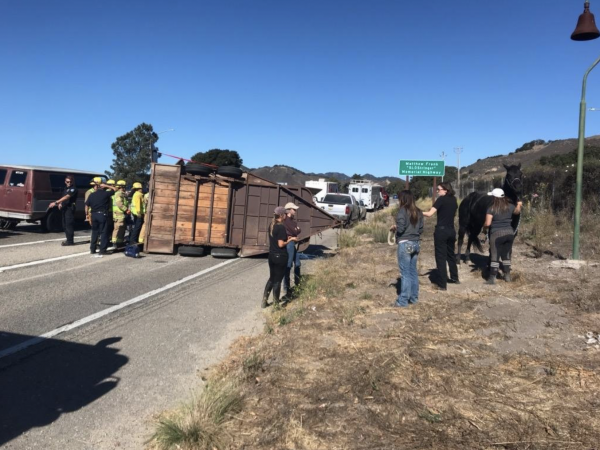