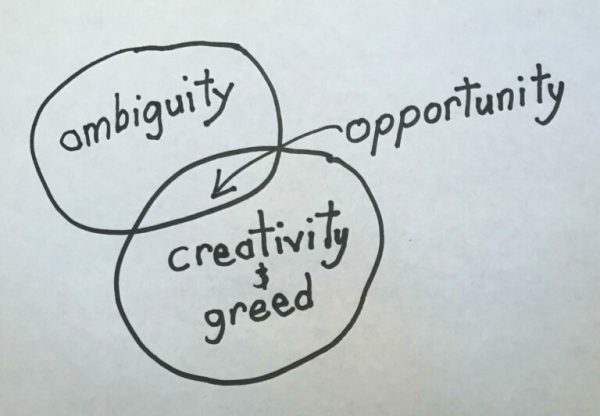 Editor’s note: This is part one in a series about a loophole in the state and county’s hemp regulations and those taking advantage of the lack of oversight.

The signs say “hemp.” But at multiple grows throughout San Luis Obispo County it is as likely to be marijuana.

While state and local governments enacted rules to regulate the cannabis industry, they failed to provide any oversight for the cultivation of hemp used for research. That failure has opened the door for cannabis cultivators to operate unchecked under the guise of raising hemp for scientific research.

The only requirement for the nine local growers who report they are growing hemp is to inform the SLO County Agriculture Department of their GPS coordinates. They have a total of 24 research exempt grows. Most listed the research group they are allegedly affiliated with, said Marc Lea, SLO County’s assistant agricultural commissioner.

“It is questionable if any of them are really research,” Lea said. “We are not testing the plants. It is up to county counsel to determine if testing should be done.”

Federal legislation requires state Departments of Agriculture to “ensure that only institutions of higher education and state departments of agriculture are used to grow or cultivate industrial hemp” under the research exemption.

California, however, currently has no program in place to test cannabis at research exempt cultivation sites or to determine if they are actually affiliated with a legitimate research organization.

Several hemp growers and farm laborers contend that many of the research hemp farmers are actually growing marijuana, and then selling the product on the black market, an accusation that Lea said is possible because of the lack of oversight.

Even though marijuana and hemp are members of the cannabis family, they have different levels of THC, the intoxicant in pot, creating vastly different regulations and profit margins. Marijuana sells for four to five times the price of hemp.

And while both marijuana and hemp have distinct and noxious odors, a feature that has caused neighbors to object to large cannabis grows near their homes, marijuana plants are more pungent with a skunk-like smell.

Responding to community outrage over cannabis cultivation issues such as smell, water usage and crime rates, in July, the San Luis Obispo County Board of Supervisors enacted a one-year moratorium on the growing of industrial hemp. The moratorium permitted the 17 commercial hemp growers who had successfully registered with the county to grow hemp in 2019 and early 2020, subject to testing to verify that the plants’ THC content falls below or at 0.3 percent.

San Luis Obispo County has strict rules regarding setbacks from roads and limits to the size of pot cultivations. In addition, the county marijuana ordinance prohibits importing water, putting lighting in hoop houses and growing near parks and schools.

These restrictions appear to have led some cultivators to put aside attempts to get permits for their marijuana farms in favor of listing their grows as research exempt hemp sites.

After several marijuana growers received notices of violations for issues at their pot grows, they sent in notices that were instead research exempt hemp grows and now have no oversight or testing requirements.

Part two will focus on the hemp growers and the research organizations they report an affiliation.