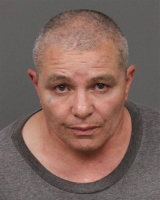 A Nipomo man is facing the possibility of life in prison after a San Luis Obispo jury convicted him of sexually molesting three children.

Perez abused three children between 2001 and 2005 and between 2011 and 2016, according to the San Luis Obispo County District Attorney’s Office.

In 2017, Perez was arrested on a host of child molestation charges related to the alleged sexual abuse of two girls between 2011 and 2016. Investigators alleged Perez had sexual intercourse or sodomy with a victim under 10 years old.

Perez’s trial spanned about one week. The jury convicted him after a half day of deliberations.

“Sexual abuse of children are some of the most complex, sensitive and tragic cases handled by our office. It takes an immense amount of courage for these young victims to come forward and report the abuse,” Dow said.

Perez’s sentencing is scheduled for Nov. 20 in the courtroom of Judge Jacquelyn Duffy.