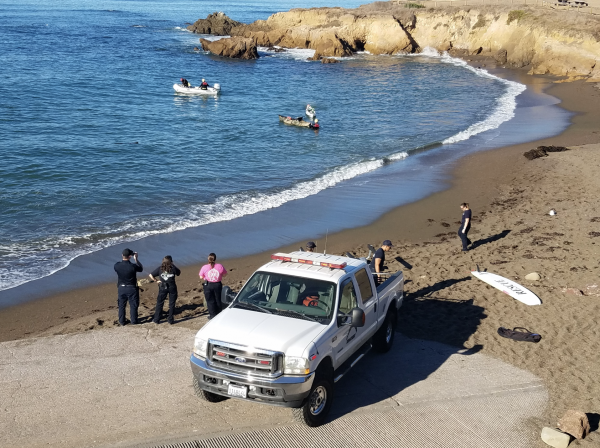 A large shark reportedly attacked a man’s kayak off the coast of Cambria Friday morning.

The kayaker, who was injured, said he was knocked into the water by a large shark near Leffingwell Landing, according to Cal Fire. Following the attack, boaters aboard a private vessel rescued the kayaker, as well as a second person with whom he was kayaking.

Boaters heard the kayakers’ distress call though their marine radio and then pulled them onto their vessel, according to Cal Fire and Cambria fire personnel brought the kayakers back to shore.

In a separate attack, two individuals were out fishing in separate kayaks about 1-2 miles north of Leffingwell Landing. A shark, thought to be a 10-foot great white, bit into the side of the kayak of David Zamora.

After getting knocked into the water, Zamora managed to get back onto his kayak uninjured. Zamora and his fellow kayaker said the shark swam off after the attack.

California Fish and Wildlife personnel collected teeth fragments from the kayak the shark attacked. Officials will send the teeth fragments to a marine biologist who will analyze them. 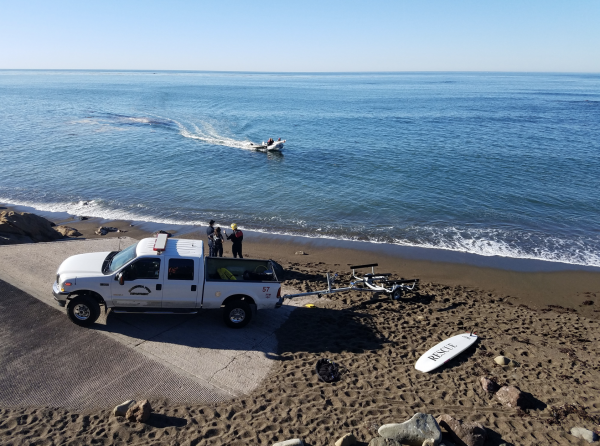