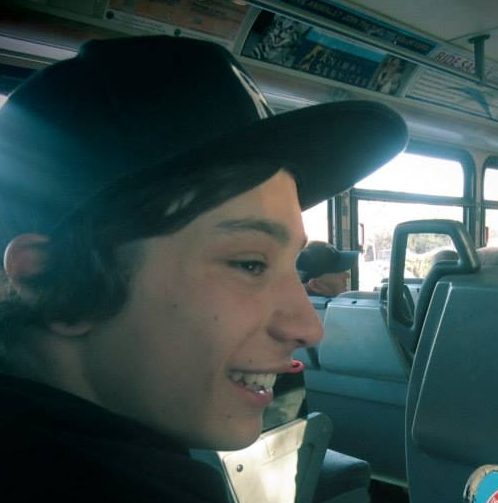 San Luis Obispo police are taking a second look at the death of a 21-year-old Atascadero man who died in a fall from the Marsh Street parking garage. Thomas “Tommy” Jodry had a blood alcohol of 0.38, more than four times the legal limit, Deputy Coroner Rory Linn said.

Initially, police concluded that the death was a suicide. But, after Bill and Mary Jane Jodry raised questions about how their son got as drunk as he was and why a man who promised to make Tommy Jodry a famous artist bought drink after drink for him.

The morning of Sept. 14, Tommy Jodry told his parents Bill and Mary Jane, that he was going to an art show at Cal Poly with a man who he said was connected to the local art scene. That would be the last time they saw their son alive. There was no art show at Cal Poly that day.

At about 10 p.m., the man, whose name the Jodrys still have not found out, arrived at their home. He had Tommy Jodry’s cell phone. He claimed he picked up the phone after their son had dropped it sometime while the two were out. The man said their son had been in an accident and had been seriously injured.

“He said they were at the Frog and Peach,” Bill Jodry said. “He said Tommy got upset and left the bar, walking and falling. He followed Tommy.”

“He tells us that Tommy got very drunk, and I said you shouldn’t have done that, Tommy doesn’t drink well,” Mary Jane Jodry said. “And he said, ‘I didn’t know that.’ ”

The man, about 5 feet 8 inches tall, with a tightly cropped salt and pepper beard, and dark brown hair with touches of grey told the Jodrys that he was at the Marsh Street garage where he saw Tommy Jodry lying on the ground surrounded by police officers and first responders, the Jodry said.

The man then said that he had talked to officers and identified Tommy Jodry. He asked Bill Jodry to call Sierra Vista Regional Medical Center to find out how his son was doing, the Jodrys said.

Bill Jodry called the hospital and learned that his son was dead. The man was upset, Mary Jane Jodry said.

“The man began rocking back and forth saying, ‘How could Thomas have done this to me,’ ” Mary Jane Jodry said. “My husband said, ‘you need to leave.’ ”

Her husband told the man again to get out, and he left in a “panic,” Mary Jane Jodry said.

A few weeks later, Deputy Coroner Rory Linn would say that Tommy Jodry’s blood alcohol was 0.38, more than four times the legal limit. The deputy coroner said that the police finished their report on their son’s death and had determined that it was a suicide.

Bill and Mary Jane Jodry were shocked that the police would say their son’s death was a suicide. Miguel Lozano, the detective assigned to the case, said there were no witnesses or videos showing what happened at the top of the garage, Mary Jane Jodry said.

Lozano has refused to tell the parents the name of the man their son was with the day of his death saying his supervisor instructed him not to, Mary Jane Jodry said.

“Lozano said he seemed like an honest sincere man, and that he believed everything he said,” Mary Jane Jodry said. “The officer said the man only bought three drinks, but the bar bill was over $100.”

Lozano said at the time that he did not want the man’s reputation damaged, the Jodrys said.

Bill and Mary Jane Jodry contacted the coroner’s office about their concerns. Tommy Jodry was not suicidal, Bill Jodry said.

“My son was in a great place in his head,” Bill Jodry said.

“This man bought all the drinks for him,” Bill Jodry said.

After the Jodry’s contacted the coroner’s office, Linn left another phone message. He said he was reevaluating the cause of death, the Jodrys said. Shortly afterwards, the police department also reopened its investigation. 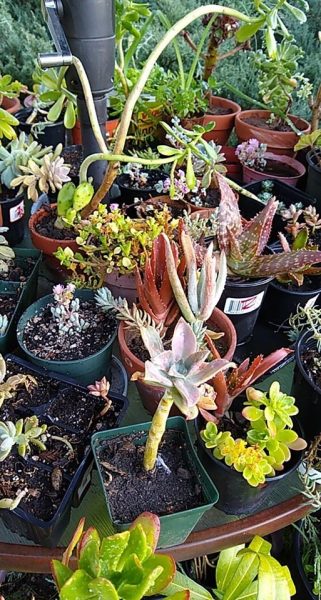 A graduate of Atascadero High School, Tommy Jodry had a budding cactus and succulent business. But he dreamed of selling his photography and stencil art. The man who was with Tommy Jodry that night would make appointments to look over Jodry’s wide variety of native plants. The man said he could make him a famous artist, Bill and Mary Jane Jodry said.

Last week, the parents received a report from a phone tracking app, showing where their son’s phone was on the day of his death. It is not clear when the man picked up Tommy Jodry’s phone.

After leaving the Jodry house, the app showed that the phone went to Cal Poly and then to Morro Bay. The app then shows the phone moving around the Network in SLO before entering the Frog and Peach Pub.

After leaving the pub, the app shows the phone taken through downtown and to the Marsh Street parking garage at 9:04 p.m.

Also at 9:04 p.m., the man called Tommy Jodry’s cell phone from his own cell phone. A few minutes later, Tommy Jodry fell to his death.

The phone then went to Sierra Vista Regional Medical Center before heading to the Jodry’s home in Atascadero, according to the tracking report.

Because the police said there were no witnesses and no video of the top of the Marsh Street garage, Bill and Mary Jane Jodry have placed fliers in the parking garage asking people with information to call the police department.

“This young man had been given so much to drink by a man in his 50s, that his blood alcohol was 4.5 times the legal limit,” the flier says. “They had been at the Frog and Peach till about 8 p.m., when the young man got very upset and left. A chase scene between the two men erupted between Frog and Peach, that ended at the Marsh Street parking structure, where this terrible accident occurred.”

Bill and Mary Jane Jodry are asking anyone with information about their son’s last day to contact the police department. In addition, witnesses can call reporter Karen Velie at (805) 234-1703.