County Counsel Rita Neal is claiming the family of a 60-year-old man who died at the San Luis Obispo County Jail accepted a nearly $42,000 settlement, while the family’s attorney is saying no such settlement occurred.

Amid allegations of neglect at the county jail, in 2017 Kevin Lee McLaughlin died of a heart attack. He told his jailers he needed to go to the hospital, but his request was denied. Less than an hour later he was found dead.

Recently, the county offered to settle the lawsuit for $41,850, and Dorothy McLaughlin, wanting to avoid the stress of a trial, accepted the offer subject to approval by the San Luis Obispo County Board of Supervisors, according to the settlement agreement.

However, on Oct. 22, before the supervisors voted on the proposed settlement, Dorothy McLaughlin’s attorney James McKiernan withdrew his client’s acceptance.

“Dorothy McLaughlin will continue on with this grueling court process to see that justice is served for her dead son and others in the county jail whose serious medical complaints are disregarded by jail medical personnel,” McKiernan said. 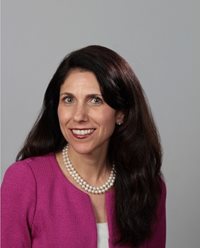 Following the Oct. 22 closed session, in which the settlement agreement was on the agenda, County Counsel Rita Neal said there had been no reportable action. However, later in the day, Neal retracted her earlier statement and said that during closed session the supervisors had voted to approve the settlement offer.

McKiernan, however, said he sent an email prior to the alleged vote rejecting the settlement offer.

“The county’s offer to settle the McLaughlin case was rejected by the plaintiffs before it was finally approved by the Board of Supervisors,” McKiernan said. “The McLaughlin jail death case has not been settled and will proceed to trial.”

At around 2:30 a.m. on April 15, 2017, McLaughlin complained of pain in his left shoulder, including numbness and tingling, and that it felt like an “elephant was sitting on his chest,” according to the coroner’s report.

“Dorothy McLaughlin’s son complained to jail staff of multiple classic heart attack symptoms (which are noted in his jail medical records) that otherwise would have required him to be rushed to an emergency room code red. But his jailers gave him an aspirin, sent him back to his jail cell where he died 30 minutes later,” McKiernan said.