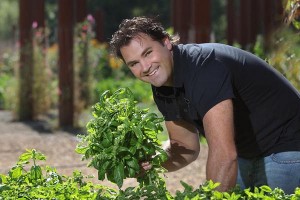 A former Paso Robles Joint Unified School District official allegedly approved nearly $3,000 in contracts to a company he had a financial interest in, according to the San Luis Obispo County District Attorney’s Office.

District administrators asked the district attorneys office to review evidence Gregg Joseph Wangard, 42, the district’s former Director of Food Services had violated conflict of interests laws. After reviewing the evidence, the District Attorney’s Office charged Wangard with five misdemeanor counts related to publicly contracting with a company he has a financial interest in.

Wangard is accused of making contracts for services with Kelle & Co. Consulting, an entity owned by his spouse. In the criminal complaint, prosecutors accuse Wangard of approving multiple contracts, with a total value of $2,775, between Nov. 2015 and June 3, 2019.

“While the evidence does not support charges of theft or fraud, it is clear that Mr. Wangard had a prohibited financial interest in the contracts made with his wife’s business,” said District Attorney Dan Dow. “The Public Integrity Unit pursues charges such as these when appropriate to hold specific officials accountable and to deter future conduct by others.”

Wangard is scheduled for an arraignment on Nov. 18.